Conor Yamada wanted a cheaper, open source action camera, so he made one with Araspberry Pi. via connoryamada

I was fortunate enough to acquire a GoPro at a discount a few months ago. I used the camera to record runs on the mountain, document some of my work, and, most importantly, for bike rides. Not only is it a great tool for capturing scenery on long-distance trips, it’s also an important piece of safety equipment as a cyclist. Cameras like the GoPro, Sony Action Cam, and the Fly6 are all relatively expensive and, perhaps, not as accessible as they should be. I wanted to design a cheaper, open-source, and biking-centric action camera.

The design of the action camera had to be based on off-the-shelf components. If you have access to a 3D printer and soldering iron, you can build this project. With that in mind, I started with the Raspberry Pi A+, the newer, low-power version of the Model A. Having the A+ as the platform meant having access to hundreds of parts designed to work with Raspberry Pis; the most important being the camera module. A quick Google search told me it possible to build so I took it from there. The first prototype I built used an open-source case and was just to make sure the camera would actually work.
From there, my design goals were simple:
1. Long battery life
2. Wireless communication
3. Simple, durable enclosure
The first goal meant having a large battery. The hour to hour and a half battery life of the GoPro wouldn’t cut it for longer, multi-hour rides. The second meant having both Bluetooth and WiFi so that additional hardware wasn’t needed to interface with the camera. The last goal also played a big role in determining the first two. While designing holes/slots to make every port available outside the case would have made things more convenient, it would also have reduced the structural integrity and water/dust resistance. The parts I used can be found below:
• Raspberry Pi A+
• Raspberry Pi Camera Board
• Edimax WiFi USB Adapter
• Wireless Bluetooth to Serial Slave
• 32GB Micro SD
• 2000mAh LiPo
• LiPo Charger/Booster
• Momentary Pushbutton Switch
• 1/2″,1/4″ 2-56 Machine Screws/Nuts
• Rocker Switch 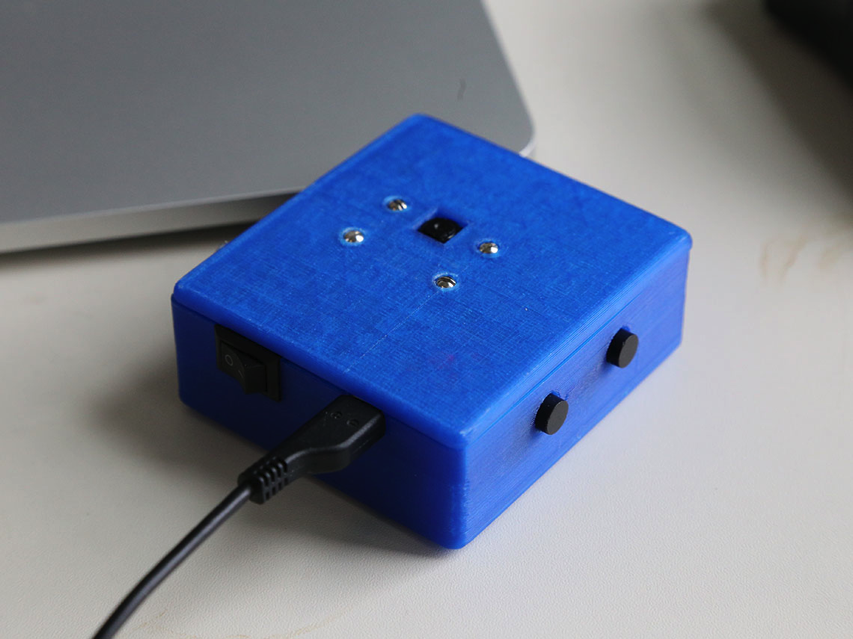