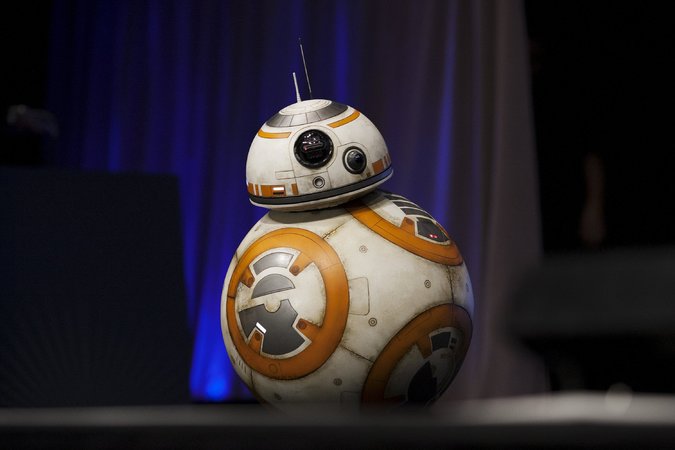 The NYTimes tell the story of how a start-up helped turn the Star Wars droid BB-8 into merchandise.

Then he had an idea. Just before his Sphero ball arrived, he had been poring over the designs for droids created for “Star Wars: The Force Awakens,” the movie arriving in theaters in December. One in particular stood out: BB-8, a beeping, free-rolling, orange and white ball with a little half-sphere hat.

But BB-8 was complicated. During the filming of the movie, it was a prop built on rollers and controlled by a puppeteer, he said.

“You would see this guy pushing BB-8 around, actually controlling BB-8, but he gets the equivalent of airbrushed out,” Mr. Iger said.

That presented a challenge for selling the new robot as merchandise. “What are we going to do with walk-around characters?” Mr. Iger said, referring to the real-life princesses, Mickeys and Buzz Lightyears that roam Disney’s theme parks. “You’ve got to have walk-around characters for BB-8, right?”