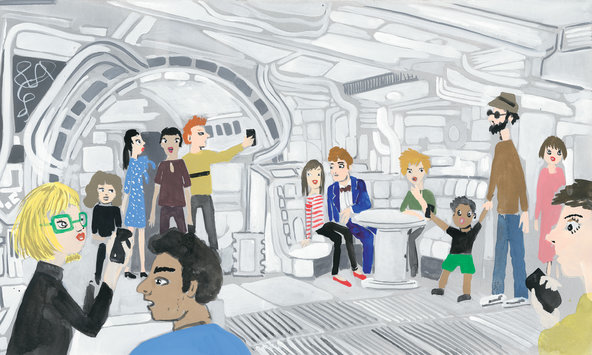 Next month at a still-undisclosed location in London, Secret Cinema, the uniquely immersive production company known for its film-inspired happenings, will recreate scenes from the original “Star Wars,” perhaps the desert landscape of Tatooine or the dark corridors of the Death Star, as a lead-in to regular screenings of “The Empire Strikes Back.” The eight-year-old British firm took on “Back to the Future” last summer in Queen Elizabeth Olympic Park, where a tricked-out DeLorean and actors dressed in 1950s costumes brought the town of Hill Valley to roaring life for a crowd of roughly 80,000 over 22 shows. There’s no telling how the company plans to tackle the largely inhospitable worlds made famous by Luke and Leia, but that’s all part of the fun.

Comments Off on Step inside Star Wars #MayTheFourthBeWithYou #StarWarsDay