To Build A (Better) Fire 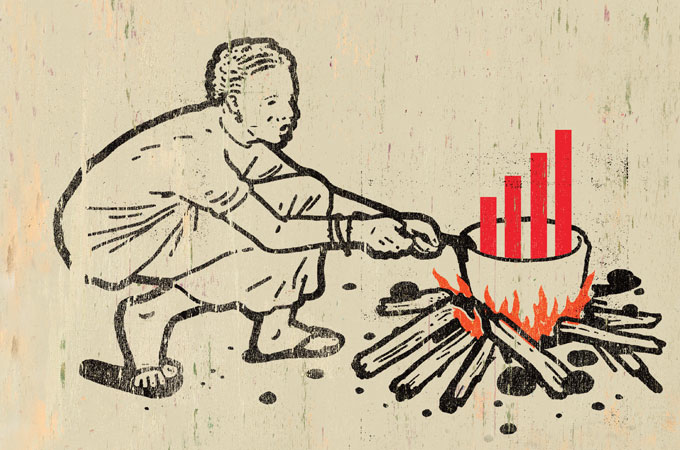 Conservation Magazine has an incredible piece up on their site about a group in rural Oregon that is making cheap durable stoves for Africans. It’s extremely well written and a great story. Check it out here.

Two men walked into a bar called the Axe and Fiddle. It was a Thursday night in early August in the town of Cottage Grove, Oregon, and the house was full. The men ordered drinks and a vegetarian Reuben and made their way to the only seats left, near a small stage at the back. The taller of the two, Dale Andreatta, had clear blue eyes and a long, columnar head crowned with gray hair. He was wearing a pleated kilt, festooned with pockets and loops for power tools, and spoke in a loud, unmodulated voice—like a clever robot. His friend, Peter Scott, was thinner and more disheveled, with a vaguely Biblical look. He had long brown hair and sandaled feet, sun-baked skin and piercing eyes.

The featured act at the bar that night was a burlesque troupe from New York called Nice Jewish Girls Gone Bad. Just how they’d landed in the Oregon woods wasn’t clear, but they stuck stubbornly to their set list and met with only polite applause. Finally, near the end of the show, one of the performers—a spindly comedian with thick, black glasses and a T-shirt that said “Freak”—peered out from under the spotlight and fixed her eyes, a little desperately, on Peter Scott.

“Do you have a job?” she said, almost to herself.

Scott said no, then yes.

“That sounds fishy. What is it you do?”

Scott fidgeted for a second, then mumbled, “I make stoves for Africa.”

“I make stoves for Africa.”

Scott was being modest. In the small-but-fanatical world of stovemakers, he is something of a celebrity. (“Peter is our rock star,” another stovemaker told me.) For the past seven years, under the auspices of the German technical-aid agency GTZ (now GIZ), Scott has designed or built some 400,000 stoves in 13 African countries. He has made them out of mud, brick, sheet metal, clay, ceramic, and discarded oil drums. He has made them in villages without electricity or liquid fuel, where meals are still cooked over open fires, and where burns are among the most common injuries and smoke is the sixth-leading cause of death. In the places where Scott works, a good stove can save your life.

Comments Off on To Build A (Better) Fire