Make a cheap quadcopter with LEGOs. via instructables

Ever needed an excuse to start building Lego again? Now is the time! Turns out Lego bricks can be used to build a perfect symmetrical frame for your quadcopter! And… it’s super cheap.
I used Lego Technic because it has holes in the bricks. You can mount the motor’s with tie wraps through the holes and it’s an ideal weight reduction. For the motor’s and flight controller I used parts from the famous Hubsan X4.

Interested…? Then dust of those Lego bricks and start building! 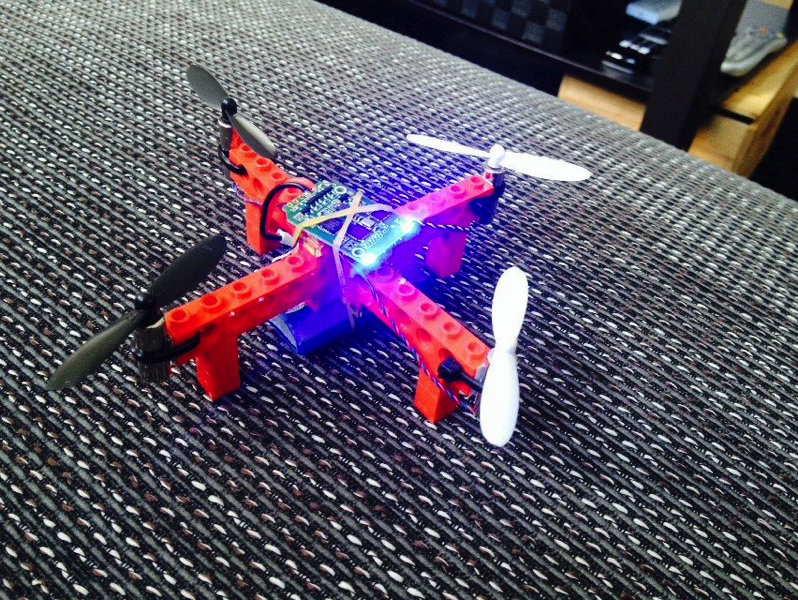 Step 1: Tools and materials
You’ll need the following tools/materials:
• Lego (of course)
• Soldering iron
• Elastic band
• Soldering tin for electric components (optional)
• Doublesided tape (optional)
I ordered my Hubsan X4 parts from Banggood.com. http://www.banggood.com/buy/Hubsan-x4.html They have the parts even cheaper then ebay. This is what you need:
• Hubsan flight controler 107l or 107c (107l if your planning on adding fancy led lights, 107c if your planning on adding a camera)
• 4 7mm brushless motors
• 4 blades (and maybe some spare)
• 3.7v battery + charger
• Hubsan remote (if you dont have one)
If you don’t have a remote yet, then it’s probably cheaper to buy a rtf hubsan x4. You can take it apart and as a bonus you get the original hubsan x4 frame!