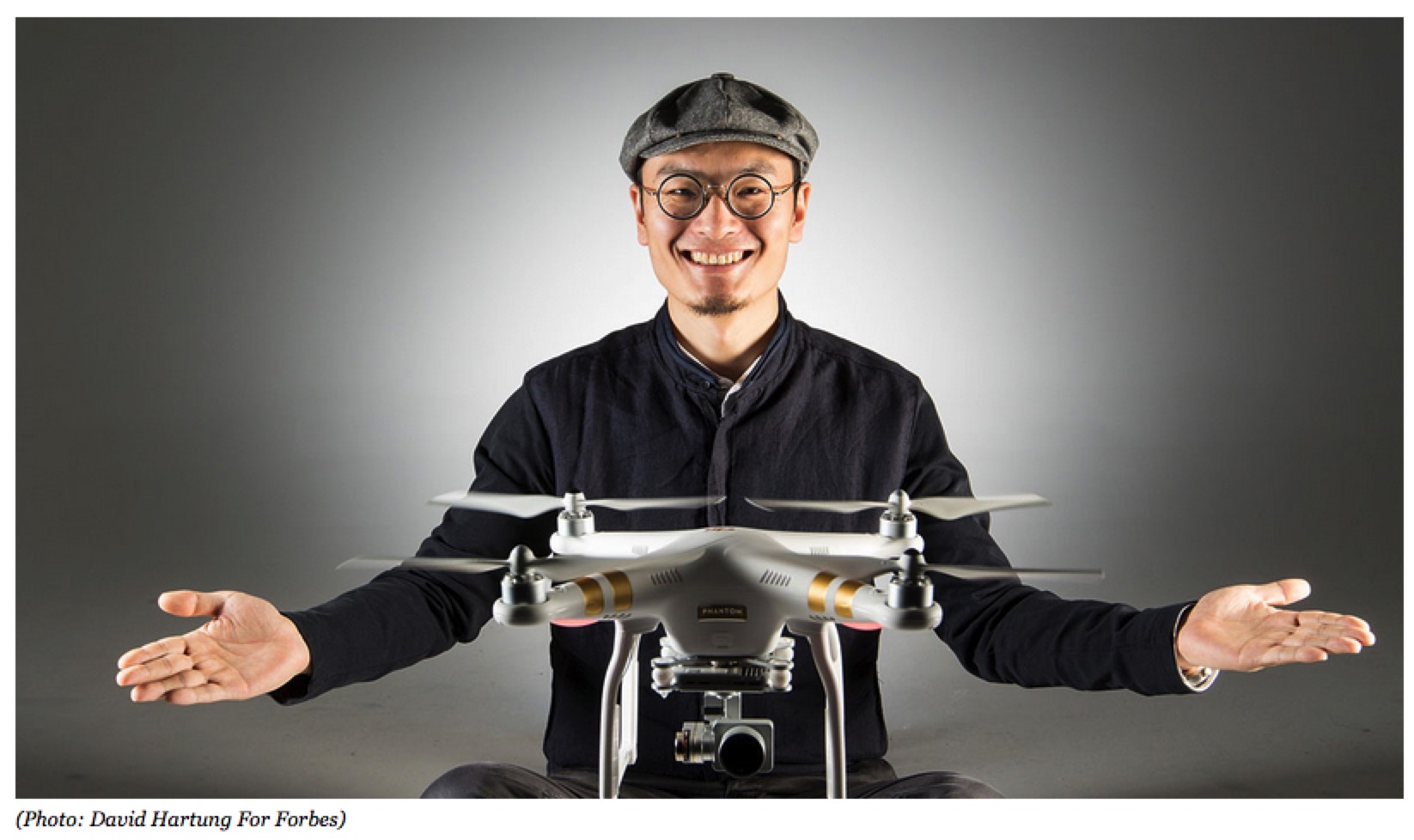 Last year DJI sold about 400,000 units–many of which were its signature Phantom model–and is on track to do more than $1 billion in sales this year, up from $500 million in 2014. Sources close to the company say DJI netted about $120 million in profit. Sales have either tripled or quadrupled every year between 2009 to 2014, and investors are betting that Wang can maintain that dominant position for years to come. In May the company closed a $75 million round of funding from Accel Partners, which sources say valued the company at about $8 billion. DJI is also currently raising a new round of funding at a $10 billion valuation and Wang, who owns about 45%, will be worth more than $4.5 billion. DJI’s chairman and two early employees are expected to be billionaires from the deal. “DJI started the hobby unmanned aerial vehicle [UAV] market, and now everybody is trying to catch up,” says Frost & Sullivan analyst Michael Blades.