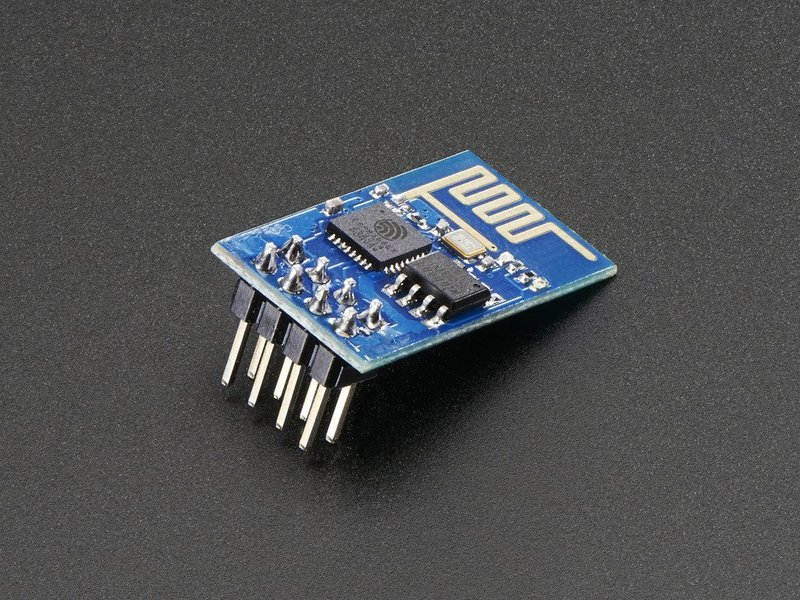 The ESP8266 based wifi breakout boards are becoming more popular with Makers due to a low cost and a powerful, programmable microcontroller on-board.

The cost is a magnitude lower than solutions previously used including Arduino+Wifi Shield or an Arduino Yun.

“This is inexpensive enough to be very much in the territory of ‘thousands of sensors-launched-out-of-a-cannon’-cheap.”

Couple the ESP8266 with one of the inexpensive DHT series digital temperature and humidity sensors and we have a project that may literally be deployed anywhere to broadcast sensor data.

The broadcasting used in this tutorial is using the ESP8266 web server code and respond to web requests (like in a browser or a web client) to return temperature and humidity data (in a REST type format).

This project demonstrates the programming of the ESP8266 ESP-01 module with the Arduino IDE and interfacing with a DHT temperature/humidity sensor.  Using other sensors and their corresponding libraries, other electronics may be interfaced with the ESP8266 and monitored via wifi.

This tutorial was written before we put in the HUZZAH ESP8266 breakout in the shop https://www.adafruit.com/product/2471 – we recommend going with that as it has a regulator, level shifter and is breadboard friendly!