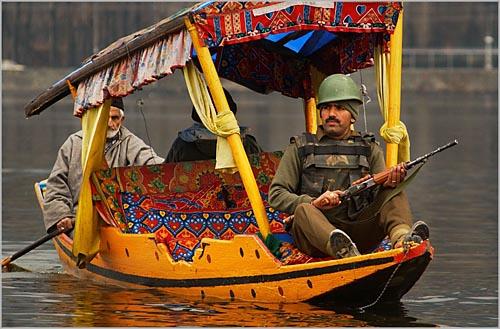 Hondros has covered most of the world’s major conflicts since the late 1990s, including wars in Kosovo, Angola, Sierra Leone, Lebanon, Afghanistan, Kashmir, the West Bank, Iraq, and Liberia.  His work has appeared on the covers of magazines such as Newsweek and The Economist, and on the front pages of most major American newspapers, including The New York Times, the Washington Post, and the Los Angeles Times.

The fabled land of Kashmir is one of the most beautiful places on Earth. It’s also one of the most dangerous. The Kashmiris, a mostly Muslim people who for centuries valued their independence, were dismayed to be partitioned into Hindu-dominated India as the British granted the region independence in the late 1940s. So was Pakistan, who felt Kashmir should have been annexed to it. Decades of political lobbying and two wars between India and Pakistan over the issue failed to resolve it, and in 1989 a Muslim insurgency began, targeting Indian troops with terrorism and guerilla tactics. The Indian military cracked down harshly, and today it is a rare day when someone, either Muslim militant or Indian soldier, isn’t killed in skirmishes. Caught between India’s control, Pakistan’s aspirations and its own desire for independence, Kashmir is a land under constant turmoil. 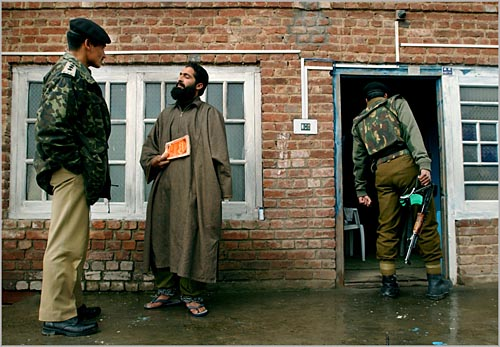 Chris Hondros was killed while on assignment in Libya on April 20, 2011. The world has lost an amazingly gifted photographer and an even greater human being.