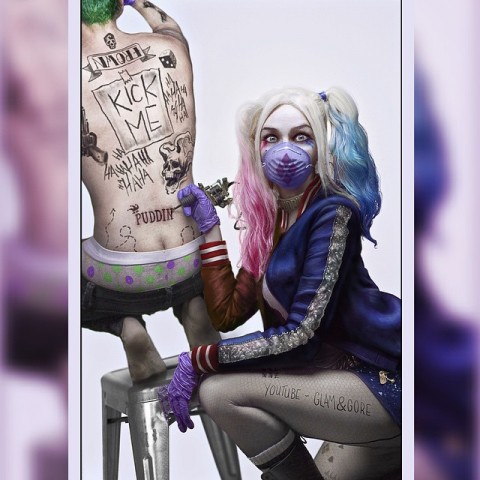 One of the films DC Comics is currently working on is a live-action take on the Suicide Squad. The first cast photo was recently released as was a photo of the new look for The Joker in the film (as played by Jared Leto). The redesign has The Joker covered in tattoos so once a picture of the Suicide Squad’s Harley Quinn (Margot Robbie) was released, cosplayers got to work. Specifically, Mykie of Glam & Gore and Chase.

They created a photo of Harley Quinn tattooing the Joker, and it was so spot on that the internet thought the photo was a leaked picture from the upcoming movie. People were convinced Harley Quinn had become a tattoo artist. But no, it’s all a fan creation. Mykie covers how she put together the new Harley Quinn costume and did the makeup in the below tutorial:

via The Mary Sue