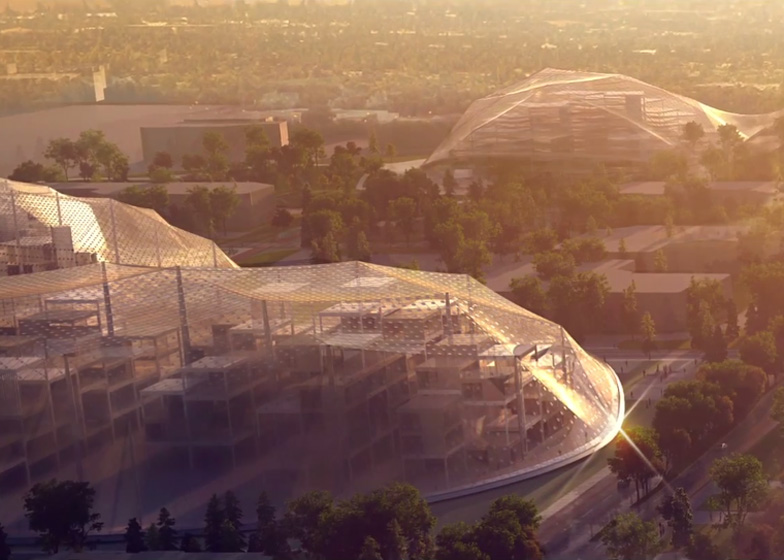 Reports initially surfaced in February claiming that construction of the proposed Google North Bayshore campus in Mountain View will include the use of “crabots” – machines that reportedly combine robotic technologies with traditional cranes.

This has now been substantiated by UK magazine the Architects’ Journal, which claims to have seen planning documents submitted by the tech company that suggest the crabots will be used to build most of the internal structures.

These machines are expected to move freely beneath the sprawling translucent canopies proposed by BIG and Heatherwick Studio across the entire site.

They will be used to lift and move pre-fabricated components, which are central to the designers’ proposal for lightweight and mobile structures rather than permanent buildings.