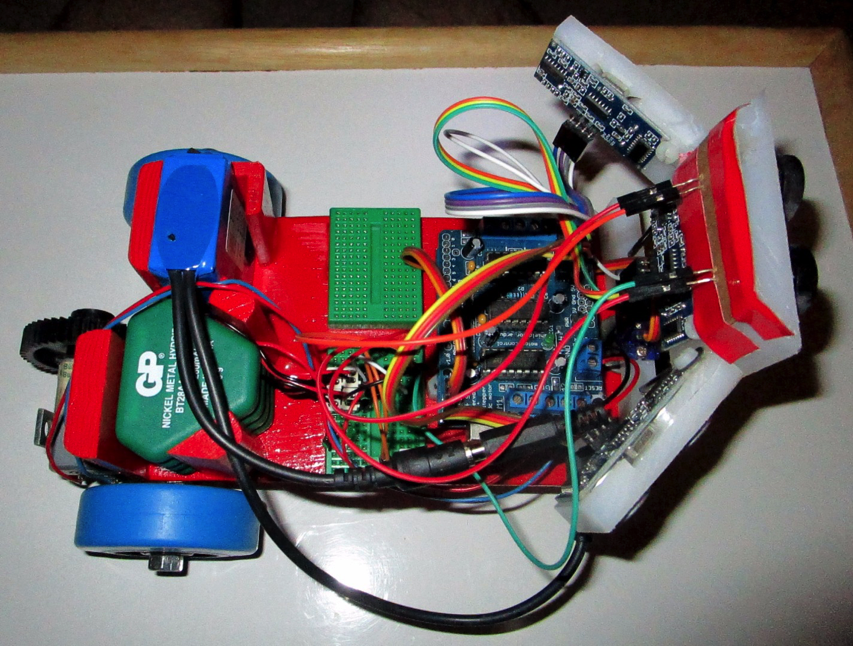 Make a robot with Arduino. via instructables

My first robot! I built this from the ground up, designing the platform, drive system, sensor array, and programming. I designed it with the idea it would be a flexible platform to experiment with and to be able to add accessories, like the blue LED headlights, which is what the small green breadboards are for. It has room for two battery packs – a 12v 1800mAh that drives both the Arduino board and the motor via the motor control shield; and a series of four 3.6v 280mAh surplus cell phone batteries I found on-line that can be arranged to run in series or in parallel as your power requirements demand. In this example they are in two groups in parallel of two batteries in series that power the headlights.

The Arduino, motor shield, battery pack, and various minor parts were all purchased off of E-Bay. The motor, gears, etc., were just parts from my garage salvaged from all manner of electro-mechnical devices over the years. And the wheels and some other parts were from surplus outfits such as American Science & Surplus ( http://www.sciplus.com/ ).

Alright, enough intro! Let’s get to some of the details of how I built this. 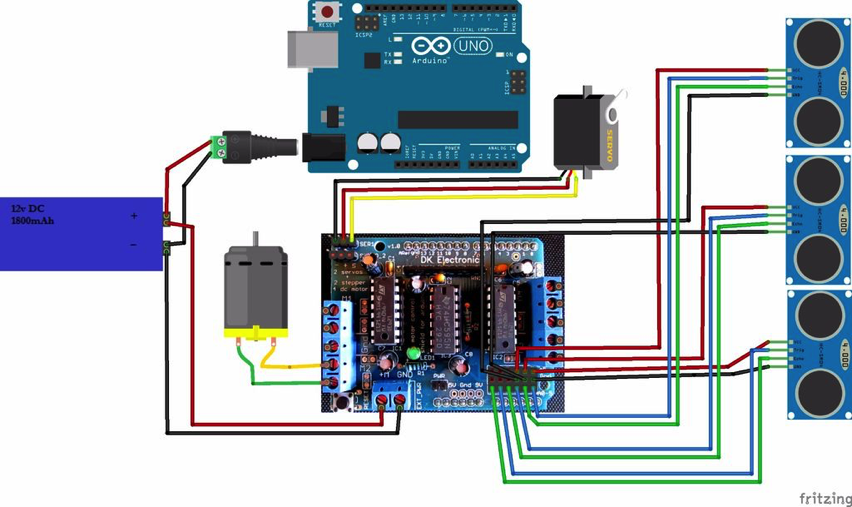 Here’s a Fritzing wiring diagram of how R3 is put together, and the Fritzing file itself is attached for those of you who use this awesome program. I couldn’t find a Fritzing part for the motor shield from DK Electronics, so I took a picture of one and used that.

Comments Off on Rolling Red Robot With Arduino