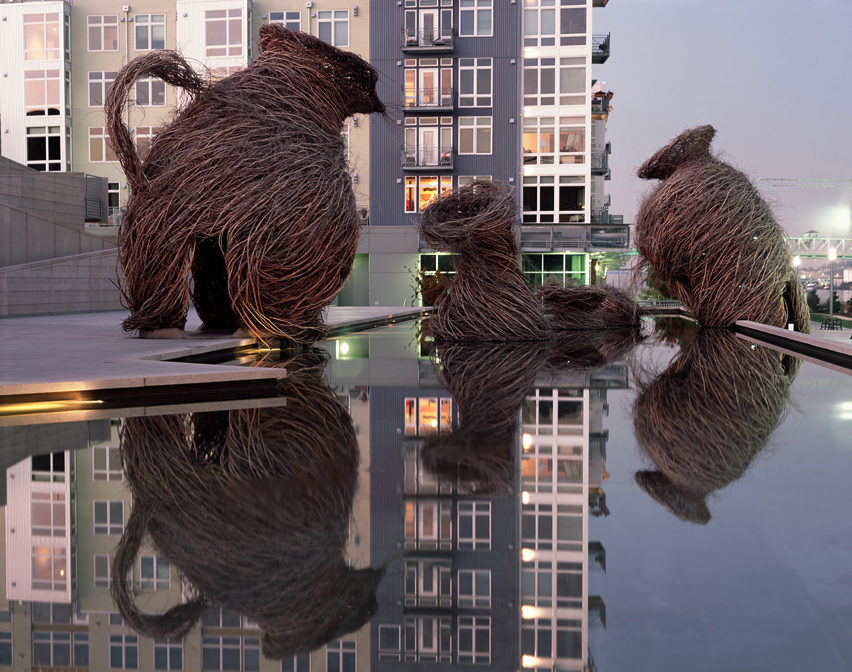 Combining his carpentry skills with his love of nature, Patrick began to learn more about primitive techniques of building and to experiment with tree saplings as construction material. In 1982 his first work, Maple Body Wrap, was included in the North Carolina Biennial Artists’ Exhibition, sponsored by the North Carolina Museum of Art. In the following year, he had his first one-person show entitled, Waitin’ It Out in Maple at the Southeastern Center for Contemporary Art in Winston-Salem, North Carolina.

His work quickly evolved from single pieces on conventional pedestals to monumental scale environmental works, which required saplings by the truckloads. Over the last thirty years, he has built over 250 of these works, and become internationally acclaimed. His sculpture has been seen worldwide—from Scotland to Japan to Brussels, and all over the United States.