Monado Energy Blade Made with an Arduino Uno 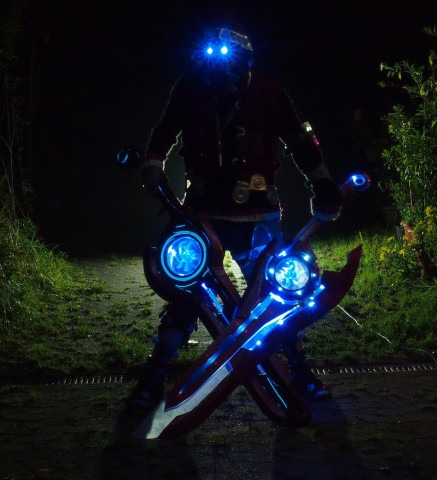 The Monado is a massive energy blade wielded by Shulk in the Xenoblade Chronicles. It’s beautifully designed and lights up and expands in the game. DeviantArt user FlameTorchic made a couple of different Monados for her Shulk costume, and the second one uses Arduino products from Adafruit. She used three motors to achieve different movements, and this was her first time working with Arduino. She used:

She had some challenges choosing batteries that were both powerful enough and easily chargeable. She also had to figure out how to make everything fit into the blade:

Another problem is space the Monado it looks quite big but space is rather limited in the inside. Only the core and handle can used for electronics and batteries the other parts need to be as light as possible so they can be moved by motors. Good thing about the Arduino are all the Shields that solve a lot of problems in advance. With the Motorshield you can easily control 4 DC motors without worrying about electrical knockback/polution since it handles everything. The LED driver allows to control 24 PWM Channels for fading Leds. At the beginning I planned on using a lot of transistors and wiring the Led driver makes things so much easier. 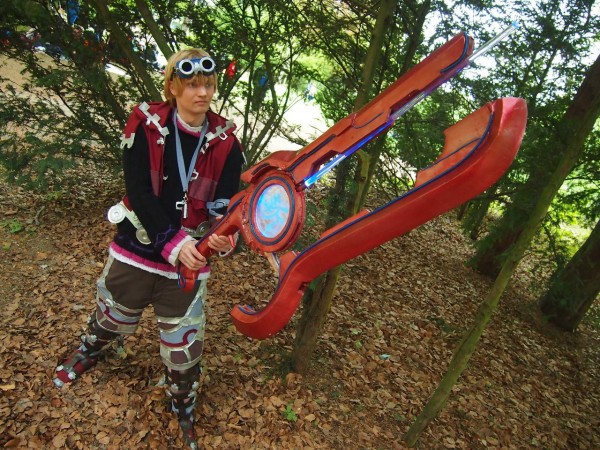 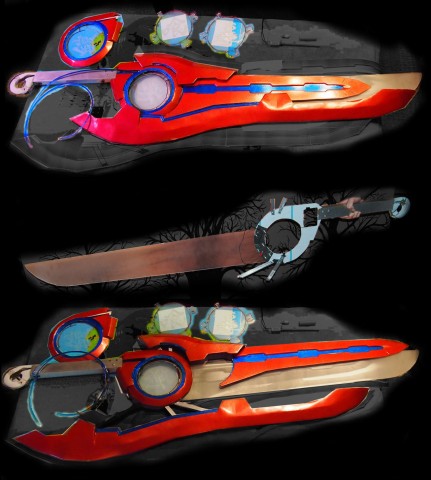 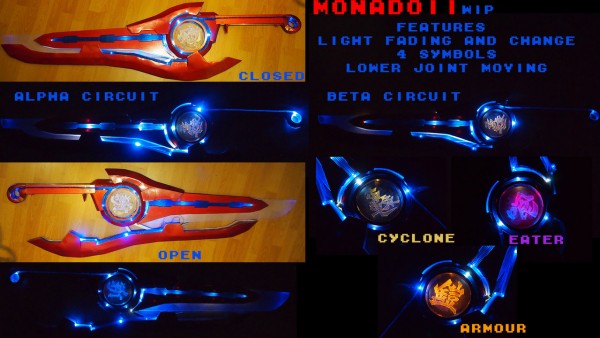 Comments Off on Monado Energy Blade Made with an Arduino Uno