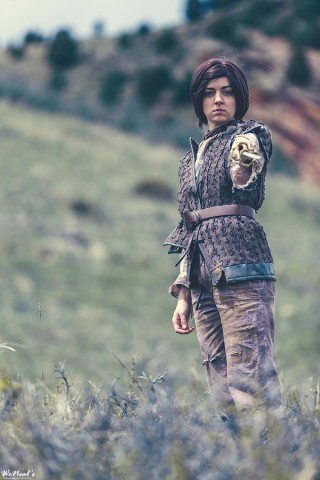 Arya Stark wore what was basically the same costume from the end of Season 1 of Game of Thrones until a recent episode in Season 5. She was on the run, and that didn’t exactly leave time for shopping. Clothes were never her thing anyway; they’re all about what’s practical. Ginny DiGuiseppi made an incredibly detailed version of Arya’s costume and looks a startling amount like the character. She told Fashionably Geek she poured 100 hours into making the costume and spent approximately $200.

Ginny documented the build process with tutorials for various parts of Arya’s costume. She’s included reference photos and information to help you make the pants, the complex jerkin, and even Needle. She worked with a friend of hers on Needle and ordered the following items to craft the sword:

The blade was way too long, so Ginny ended up using another broken blade as the base. And while it looks very cool, remember that you won’t be able to take metal blades to conventions. 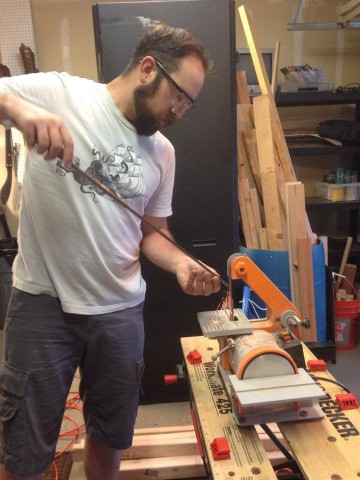 Ginny made Arya’s jerkin from scratch and as with any piece of clothing, it started with a design. Though the jerkin looks like a swath of fabric with added stitches, close-up photos revealed it’s actually separate strips sewn together. To get a close match to the material, Ginny turned to one inch jute webbing and dyed it herself:

I bought natural jute and dyed it myself. I used Rit dye (which you can get practically anywhere… even at Walmart!) in Dark Brown, Tan, and Pearl Grey. I don’t have specific amounts for you because I kinda just winged it! Warning if you’re dyeing your own jute: It takes dye very quickly, but lightens significantly when it dries. I’d suggest not only doing some test swatches, but waiting at least three or four hours after you dye the tests to make a decision on how to dye the rest of your webbing. 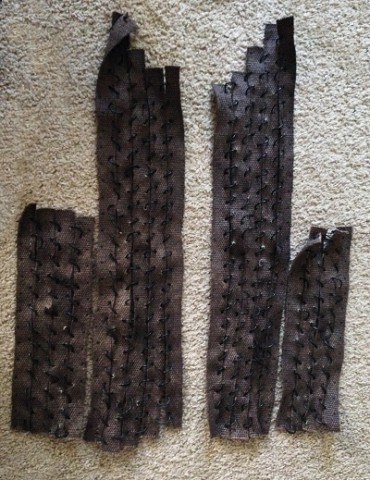 Get all the details on the Arya costume at Ginny’s website.

Comments Off on This Cosplayer Looks a Lot Like Arya Stark