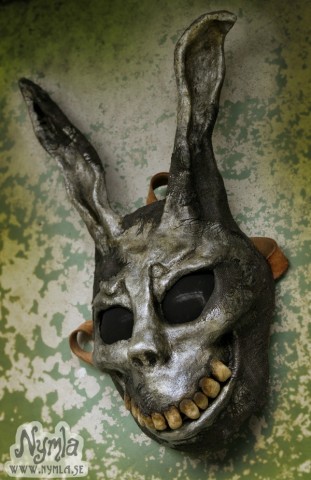 If you ever start seeing someone in a scary looking rabbit costume that calls himself Frank, don’t listen to him, In fact, you shouldn’t listen to someone dressed in a normal rabbit costume either – not if no one else can see said person. That happens in the 2001 film Donnie Darko, and Frank the rabbit has stayed on the radar of cosplayers. I see the rabbit costume at conventions from time to time, and Nymla recently completed a commission of an even more twisted version of Frank’s mask.

She sculpted Frank’s mask from ceramics clay and then molded it and cast it using papier mache clay. She included foam pads that can be glued on the inside of the mask so it can be properly fitted to the wearer. She used striking painting and weathering techniques on the finished cast. The colors are built up to give the entire thing a grungy, creepy, and slightly metallic look – especially the teeth. 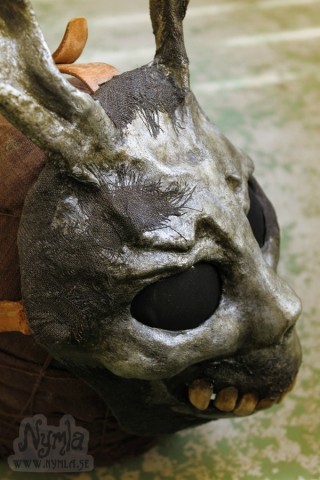 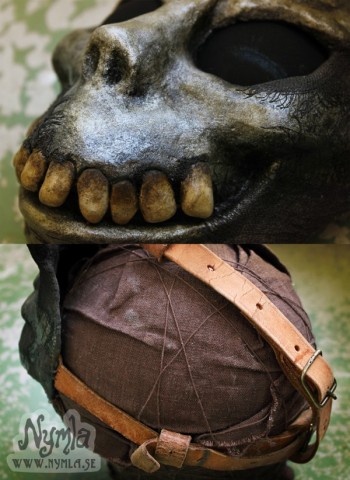 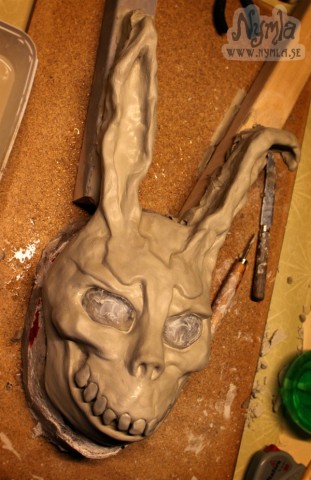 You can browse more Nymla’s creations in her shop.