Nylon Stockings and the Age of Synthetics 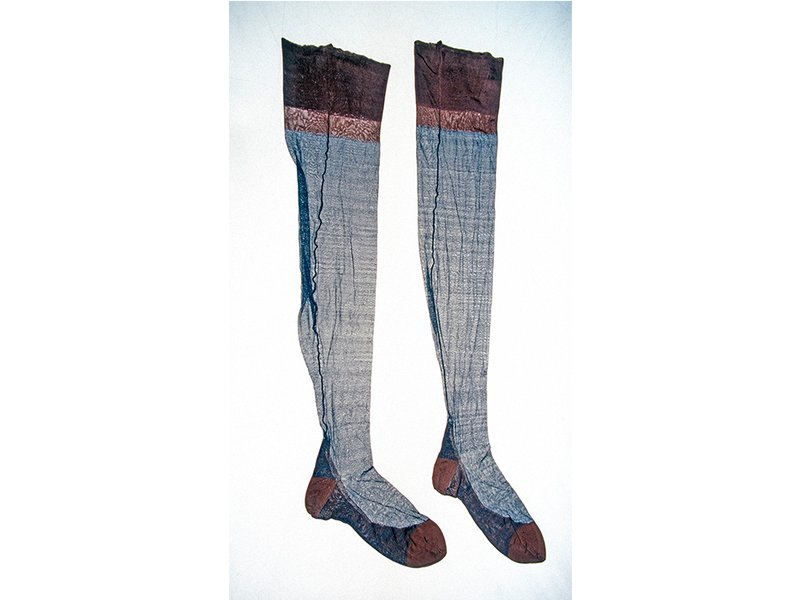 An essential part of every woman’s wardrobe, stockings provided the perfect vehicle for DuPont, the company responsible for the invention of nylon, to introduce their new product with glamorous aplomb. Nylon stockings made their grand debut in a splashy display at the 1939 World’s Fair in New York. By the time the stockings were released for sale to the public on May 15, 1940 demand was so high that women flocked to stores by the thousands. Four million pairs sold out in four days.

In her book Nylon; The Story of a Fashion Revolution, Susannah Handley writes: “Nylon became a household word in less than a year and in all the history of textiles, no other product has enjoyed the immediate, overwhelming public acceptance of DuPont nylon.”

The name may have become synonymous with stockings, but hosiery was merely the market of choice for nylon’s introduction. According the American Chemical Society it was a well calculated decision. They state on their web site:

The decision to focus on hosiery was crucial. It was a limited, premium market. “When you want to develop a new fiber for fabrics you need thousands of pounds,” said Crawford Greenewalt, a research supervisor during nylon development who later became company president and CEO. “All we needed to make was a few grams at a time, enough to knit one stocking.”

…Nylon’s impact on fashion was immediate, but the revolution sparked by the invention of what was originally called fiber-66 rapidly extended its tendrils down through every facet of society. It has given rise to a world of plastics that renders our lives nearly unrecognizable from civilizations of a century ago.

“It had a huge impact,” says Matt Hermes, associate professor at the bioengineering department at Clemson University. He is a former chemist for DuPont who worked with some of the early developers of synthetics and wrote a biography on nylon’s inventor Wallace Caruthers. “There’s a whole series of synthetic materials that indeed came from the base idea that chemists can design and develop a series of materials that had certain properties, and the ability to do it from the most basic molecules.”

Comments Off on Nylon Stockings and the Age of Synthetics