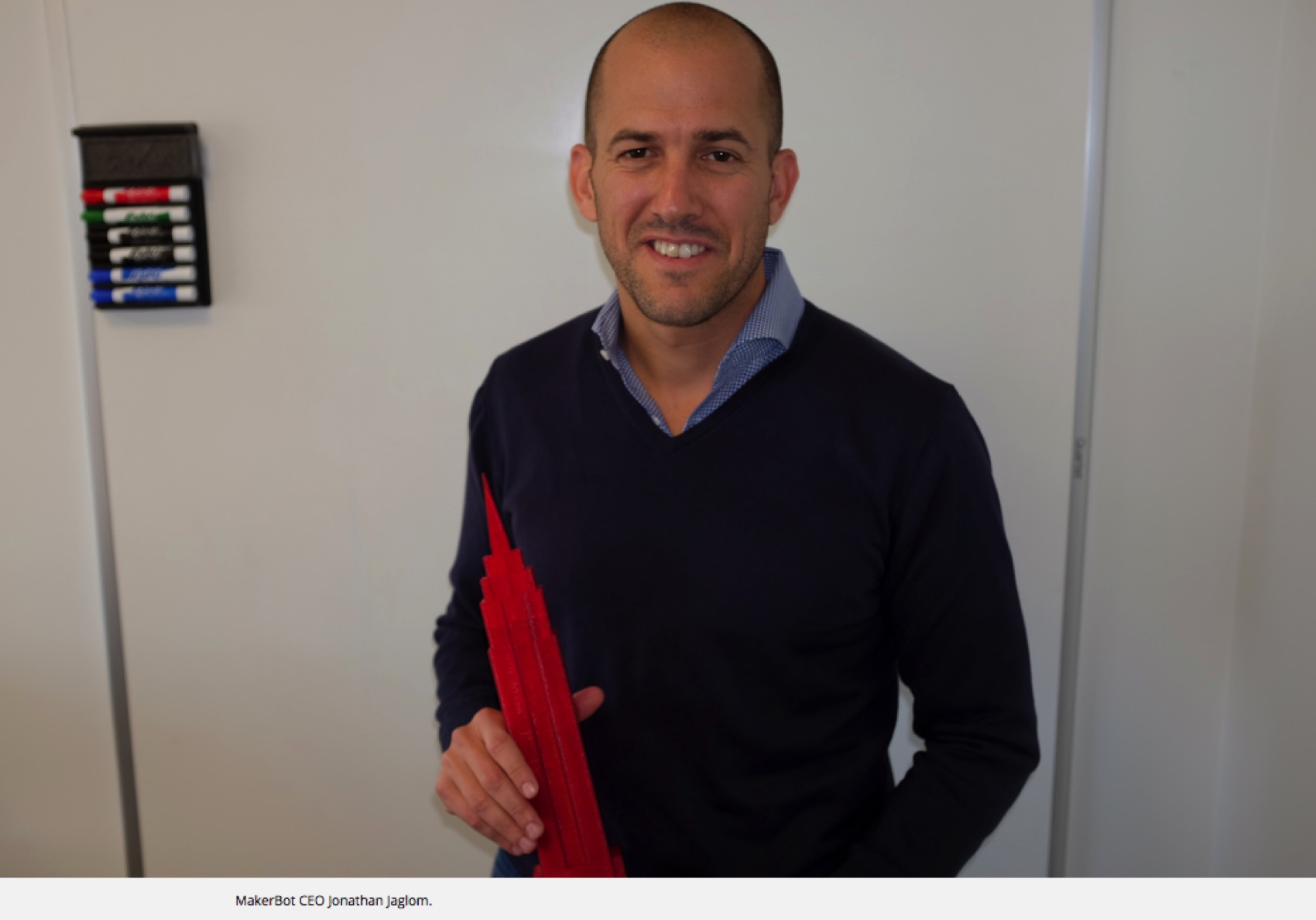 MakerBot Industries is the public face of 3D printing. And whenever the public face of a nascent, closely-watched consumer technology undergoes a serious customer relations crisis, closes all of its retail stores, and lays off 20 percent of its staff, the impact is prone to ripple beyond the fate of a single company. Jonathan Jaglom, in other words, may be tasked not just with reversing the fortunes of MakerBot, where he’s just been appointed CEO, but an entire industry.

Since its founding in 2009, the ambitious upstart broadcast a Silicon Valley-sized promise: to bring instantaneous, user-friendly manufacturing to the masses. To let a layperson create real 3D objects with the click of a button. After a meteoric rise driven by an excitable press (co-founder Bre Pettis graced the cover of Wired next to a headline that read “This Machine Will Change the World”), the emergence of 3D printing as a mainstream-leaning trend, a $10 million venture capital infusement, anda subsequent 2013 acquisition by the industrial printing giant Stratasys that valued the company at $403 million, MakerBot hit a hull-puncturing snag.

…Jaglom is the first MakerBot chief executive to be brought in from its newish parent company. His father, Elchanon Jaglom, is the chairman of Stratasys.

We did not know his father was chairman of Stratasys – Read more.