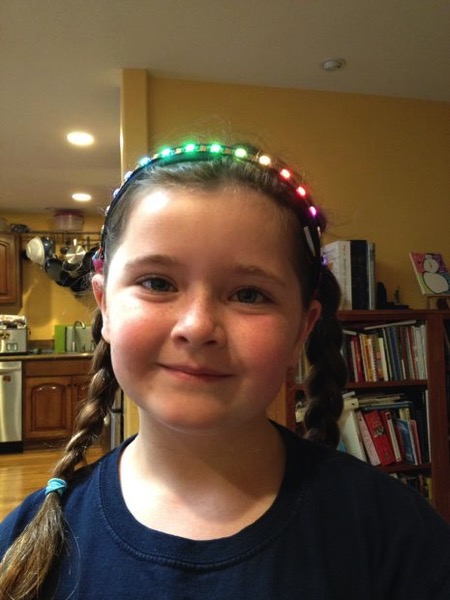 We love this project tutorial from burkmurray on instructables! Great idea for a group workshop for young makers.

When my seven-year-old daughter got a look at the LED strip I was testing for a project, she instantly started to think of other things we could make. She’s very happy with the result.

Our circuit design uses the LED strip as a power bus, allowing us to attach the Trinket to one side and the battery to the other. Although this approach requires a little more soldering, it produces a slimmer, more balanced product. 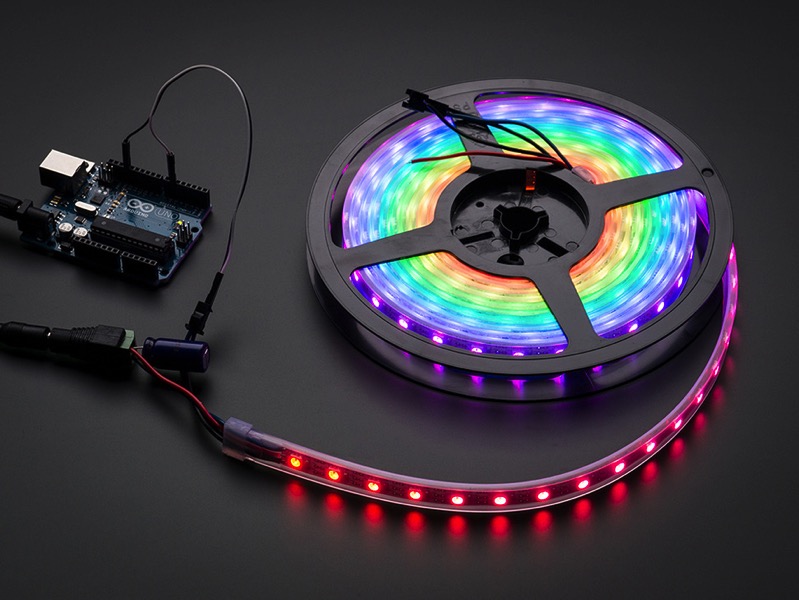 Adafruit NeoPixel Digital RGB LED Strip – Black 60 LED – BLACK: You thought it couldn’t get better than our world-famous 32-LED-per-meter Digital LED strip but we will prove you wrong! You wanted twice the LEDs? We got it (well, it’s 1.875 times as many but that’s within a margin of error). You wanted thinner strips? Now only 12.5 mm wide, 10 mm if you remove the strip from the casing. You wanted less noticeable strip color – this strip has black-colored flex PCB, which will be less visible against black-painted walls. This is the strip with black flex PCB, it’s identical to the white 60 LED/meter except it has a different color mask on the flex strip. (read more)