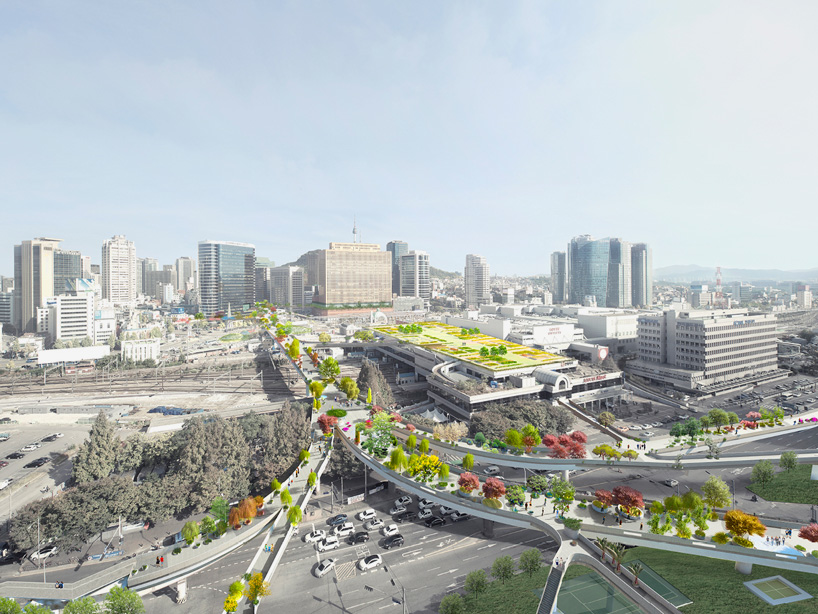 dutch studio MVRDV has been chosen to transform an abandoned section of highway in korea into an elevated public park. named the ‘seoul skygarden’, the design populates the overpass with 254 different species of trees, shrubs and flowers to create an urban arboretum that can be enjoyed the entire city.

the existing structure was built in the 1970s to provide a vehicular connection to and from the local namdaemun market, one of the region’s largest traditional points of trade. following intensive safety inspections in 2006, the city of seoul deemed the 17-meter high structure unsafe and intended to demolish it, banning heavy vehicles’ access to the elevated roadway in 2009. further consultation with residents and experts lead to the regeneration the overpass – which totals 9,661 square meters in area – into a pedestrian walkway and public space, with a design competition launched in 2015.