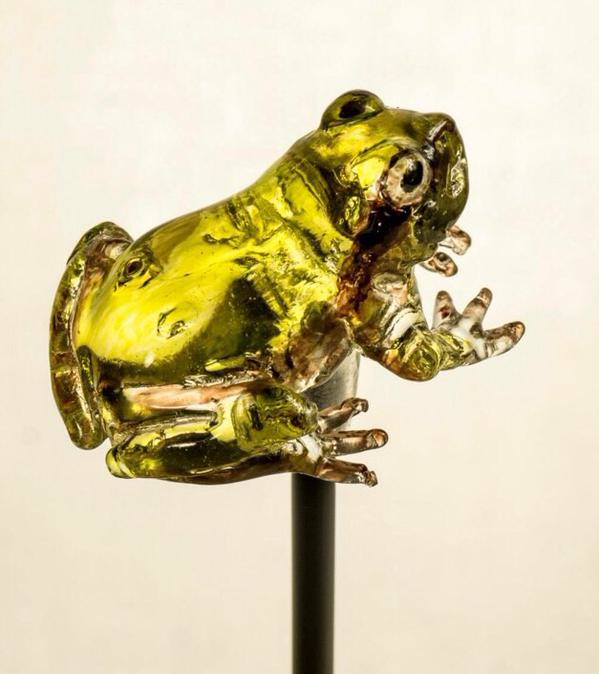 Amezaiku is the Japanese craft of lollipop-making, which dates back to the 700s when artisans made mouth-watering and artistic lollipops to be presented as gifts. Carrying on the tradition is 26-year old Shinri Tezuka, the owner of a small shop in the Asakusa district of Tokyo called Ameshin. The store combines a studio and workshop where Tezuka not only fashions his realistic creations, but also holds workshops and demonstrations for the public.

Some of Tezuka’s latest creations include too-good-to-lick lollipops of goldfish, frogs and tadpoles. He makes them only from sugary syrup and starch as well as organic coloring so they’re completely edible.