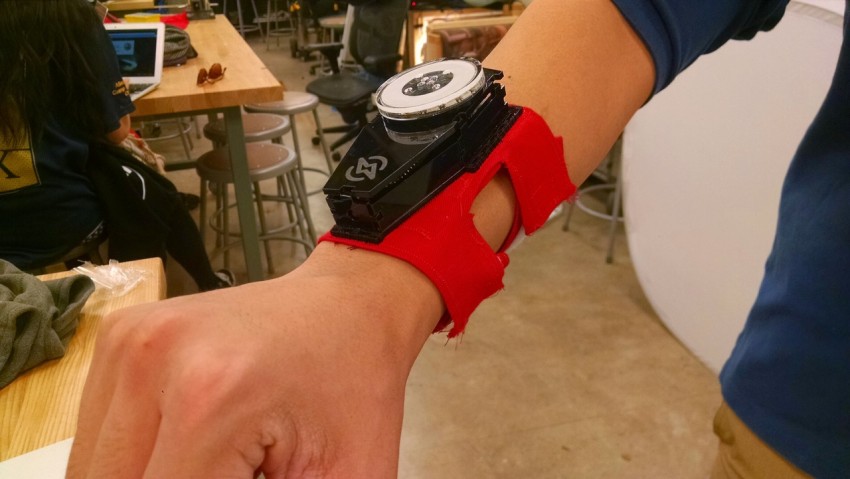 There’s a lot of talk about gamification and badgeing these days, but I often feel it is on corporate subjects that still don’t wind up being fun. That’s why I got excited about this FLUXX Cuff for hospital bound kids that I spied on Hackster.io. The idea is to make a hospital stay a mission filled with connection, fun and healing. It was developed by a group of students in the Critical Making class at the University of California Berkeley. Here’s how the students imagined their wearable working.

Nurse Jackie gives John a Fluxx cuff on his first day, explaining it to be a cuff for his superpowers that he’s about to accumulate as he gets better.

Jackie logs into the checklist application on her iPad and sets up a profile for John and inputs his tasklist for the day: Meet Dr. Jackson, Take Meds, Blood draw.

John is afraid of needles but encouraged by the opportunity to gain more superpowers, he bravely gets his blood drawn. Nurse Jackie checks his tasks off on the app causing his Fluxx to power up accordingly.

John now has powers and finds Alec, two beds down, to play with him. He uses the buttons on Fluxx to create cool sound and light effects. After a while of playing, John runs low on power. Alec helps his new friend out by placing his Fluxx on John’s and ‘heals’ him, giving him more power.

John is now getting better as he tries to complete all his tasks and stay active. He also has made a friend in Nurse Jackie and Alec, and has taken charge of his illness.

The team spent a lot of time developing their project through the process of Design Thinking. So, they really looked at a particular problem, which in this case was children in a hospital feeling scared and not connecting with medical staff and other children. Then they did interviews with nurses to find out more about the issues and environment. The group discovered that children are allowed to leave their rooms to visit a “teen room”, as long as they are not in isolation for something contagious. That led to some interesting brainstorming sessions. 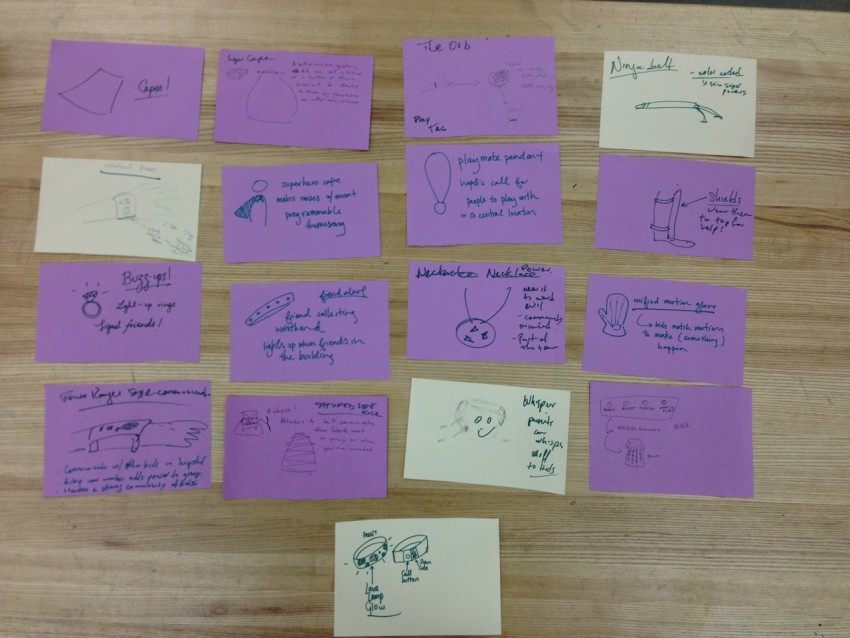 Settling on a cuff design, they worked on a housing that would be just a bit bigger than the NeoPixel ring, which is the focus of the design. Other prominent pieces include a Spark Core, audio breakout board, mini speaker and LiPo battery. One of the coolest design elements is a reed switch (magnetic) which allows for power up of the cuff. Another happy design element is the speaker’s placement in the center of the NeoPixel ring, which forms a natural home. Three buttons on the side of the cuff allow for some interesting features.

Three buttons serve different purposes. One is meant to display power on the Neopixel Ring. A second and third button provide play interactivity by means of sound effects (Zap, Tag) and flashing red LED at the front of the board, while the Neopixel loses power with increased use. The third button also serves the purpose of scalability. It is intended to provide communication between users –such as a walkie-talkie device–as well as between the parents and the child wearing it. 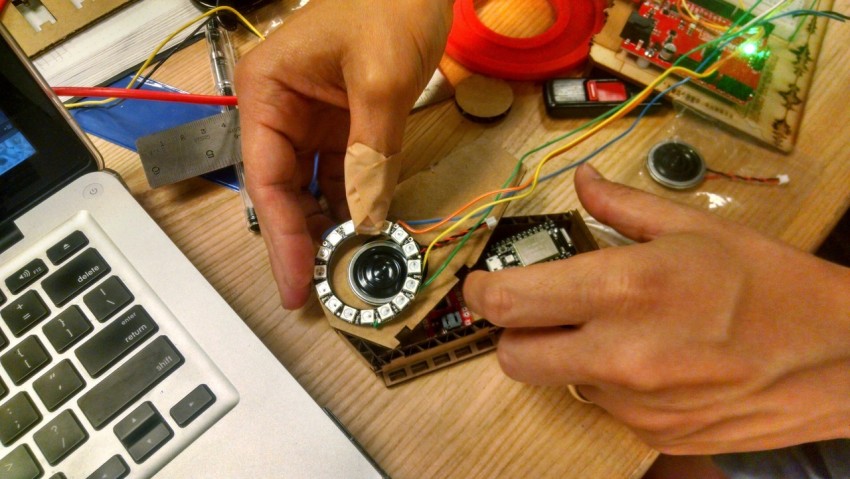 The team has really created a lot of detail for their project and I love that they used open source hardware and weren’t scared to post their information. This is really a great idea and I wouldn’t be surprised if an adult version was designed as well. Don’t we all need a little lovin’ when our body is bringing us down? So, to Team Fluxx, I’m sending a high five of lasers. That includes Oscar, Jonathan, Paige, Lia and Sangeetha. Oh yeah, and you can use me for testing any time you want, because I’m definitely one of those people who is scared of hospitals. For the rest of you, here’s our lovely NeoPixel Ring, which shines the brightest colors into any situation. It comes in different sizes, too–so maybe a larger size for adults LOL. Be well everyone! 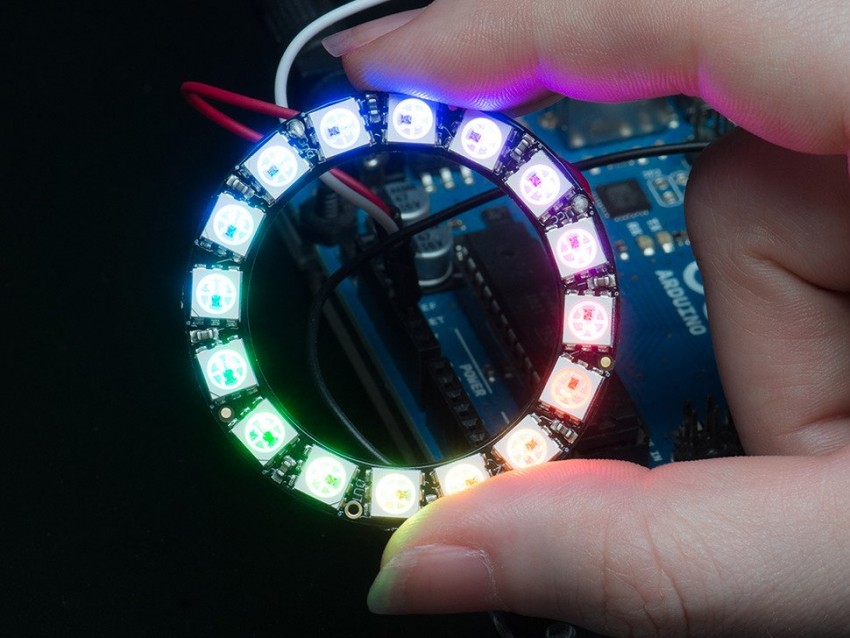 Comments Off on FLUXX Transforms Hospital Kids Into Heroes #WearableWednesday