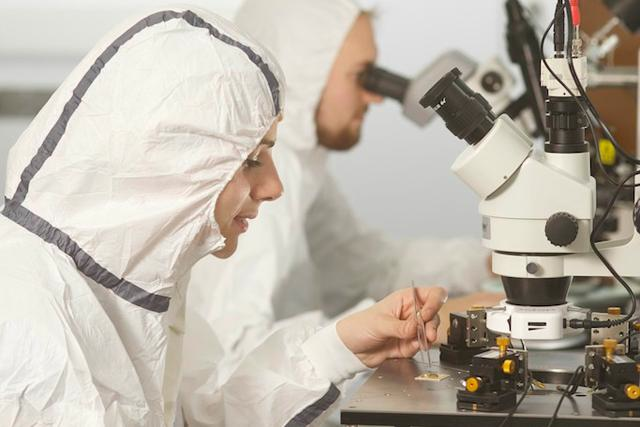 Via Engineering and Technology Magazine.

Researchers have created what they say is the world’s first electronic textile using graphene, which could revolutionise the way wearable tech products are made.
An international team of scientists have devised a new technique to embed transparent, flexible graphene electrodes into fibres similar to those used in the textile industry.

The method could be used to manufacture clothes with embedded computers, phones and MP3 players, according to the international team of researchers.

Professor Monica Craciun, co-author of the study, said this was a pivotal point for the future of wearable electronic devices.

“The potential has been there for a number of years and transparent and flexible electrodes are already widely used in plastics and glass, for example. But this is the first example of a textile electrode being truly embedded in a yarn,” she said.

“The possibilities for its use are endless, including textile GPS systems, biomedical monitoring, personal security or even communication tools for those who are sensory impaired. The only limits are really within our own imagination.”

Graphene is the thinnest substance capable of conducting electricity, as well as preserving its flexibility and being one of the strongest known materials.

Researchers found that monolayer graphene is more suitable as a transparent electrode for applications in wearable electronics, after graphene was specifically created by a growth method called chemical vapour deposition (CVD) on to copper foil.

They then devised a technique to transfer graphene from the copper foils to a polypropylene fibre already commonly used in the textile industry.