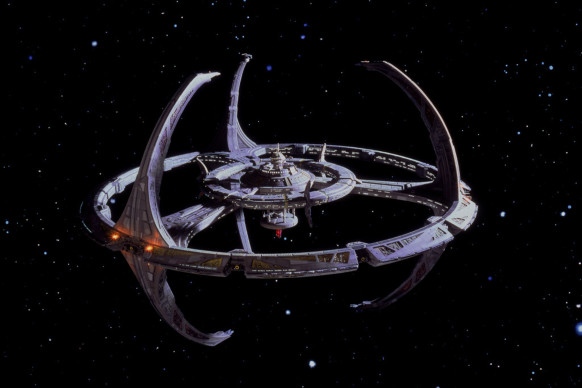 No plans and a day off from work tomorrow?

When it debuted in 1993, Star Trek: Deep Space Nine seemed like an odd proposition. After all, Star Trek: The Next Generation was still going strong, so the idea of a second series set in the same time period seemed superfluous, and the revelation that it wouldn’t be set on a starship, but instead a space station, felt ludicrous. How good could a Star Trek be if the characters weren’t boldly going anywhere?

The answer turned out to be “pretty good, actually.” Deep Space Nine (or DS9 for short) wasn’t the same kind of Star Trek that audiences had enjoyed before, but instead something that took the ideas behind the earlier series in different directions. It remained true to the ideals behind the franchise while breaking new ground, and in the process, setting the stage for the great sci-fi that followed (looking at you, Battlestar Galactica remake).