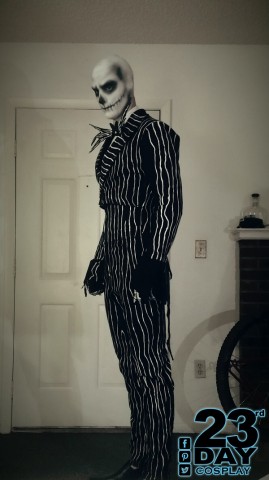 Jack Skellington from The Nightmare Before Christmas isn’t an easy character to re-create. Besides the fact that he has spindly, non-human proportions, he also has a skull for a head. Some cosplayers wear a mask with the costume, but others – like 23rd Day Cosplay – opt to re-create Jack’s face with makeup. The skull look was applied with an airbrush, and that’s probably one of the easier ways to achieve the right highlights and shadows (it’s possible to do by hand but would take longer).

And then there’s the suit. 23rd Day Cosplay started with a plain black jacket with tails and pants. They modified it and painted on all the stripes and made Jack’s bows. They prepped the Jack costume and Sally for Denver Comic Con over the weekend:

Jack Skellington and Sally from The Nightmare Before Christmas. #DCC2015 pic.twitter.com/i3FnVnfEu0 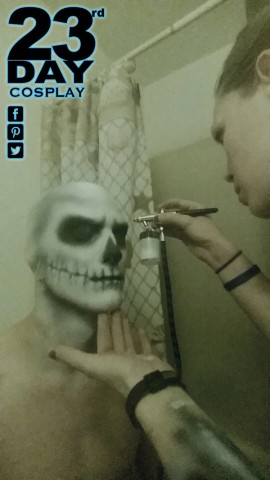 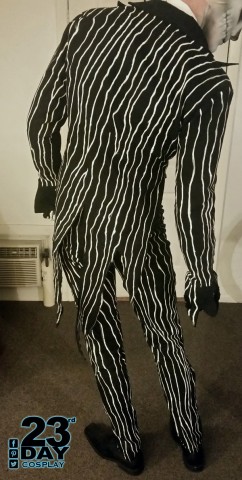 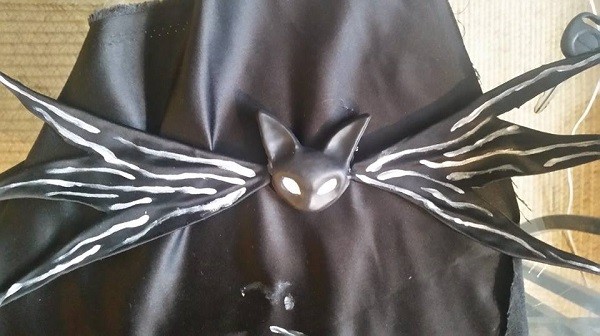