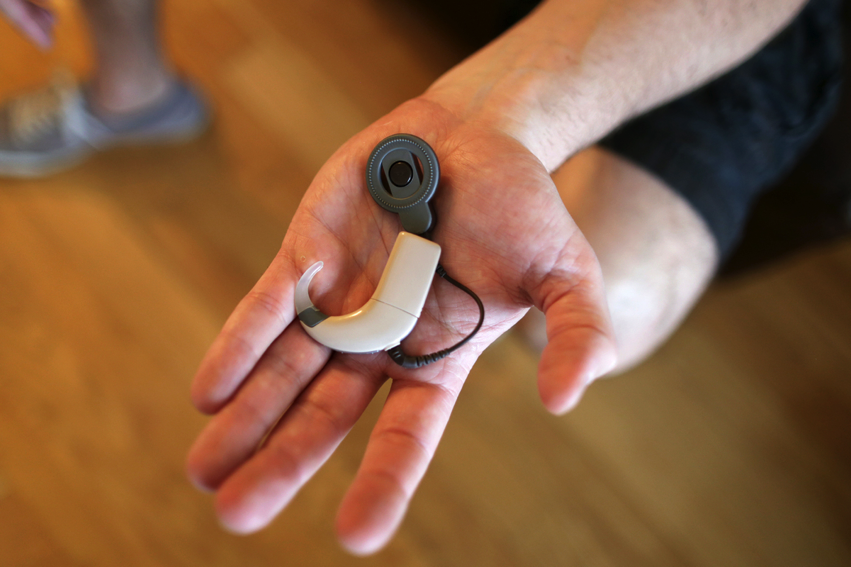 NPR recently published this article, giving readers a basic understanding of the cochlear implant and explaining the next step in cochlear implant improvements. Be sure to check out the full article to learn more and to hear simulations of different sounds through cochlear implants with and without pitch restoring software.

Lots Of Beat, Not Much Tune

A cochlear implant is designed to do one thing really well — allow users to understand speech.

“Where it is somewhat lacking is more in relating information about pitch and timbre,” says Phillips-Silver. Current implants simply leave out much of the information needed to tell the difference between notes that are close together on a keyboard or instruments that sound similar, she says.

To show how this affects listening to music, Phillips-Silver did an experiment that involved people with cochlear implants listening to Suavamente, a merengue song with a strong dance beat. “There is a lot going on,” she says. “A lot of different instrument sounds, there’s a vocal line, there’s a great range of frequencies. It’s fairly intricate music.”

Even so, people with cochlear implants had no trouble moving in time with the music, Phillips-Silver says. They also kept the beat when they heard a version of the song that consisted entirely of drum tones.

But when they heard a version played on a solo piano, participants had no success keeping the beat, Phillips-Silver says, because they couldn’t rely on the bass or drums.

It should be possible to make cochlear implants more music-friendly, says Les Atlas, a professor of electrical engineering at the University of Washington. But there’s a reason current models are so limited, he says.

“There is no easy way to encode pitch as an electrical stimulation pattern,” Atlas says. Also, it takes a lot of computing power to encode something like pitch information in real time.

As a result, even the newest cochlear implants provide very little information about pitch, Atlas says. To make his point, he plays a recording of a few piano notes, followed by a simulation of how those notes might sound through a cochlear implant. The simulated version sounds like the same note being played again and again.

So Atlas and other researchers are working on software that allows an implant to convey more information about pitch and timbre. “It explicitly looks for the tonality in the music and uses it in how things are encoded,” he says.

When he plays a simulation of the piano music as encoded by his software, changes in pitch are much more obvious. The result may not replicate music exactly, Atlas says, but it offers implant users a lot more information about musical sounds.

Comments Off on The Cochlear Implant Musical Experience #MusicMonday