This rigid plastic turns to clay in hot water, is three times stronger than rubber 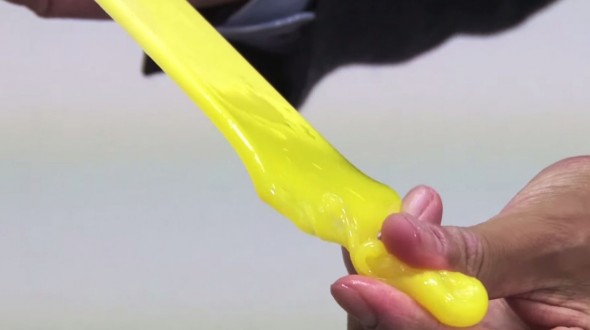 Ever tried to melt something plastic at home? It takes a fair amount of work. Not this new plastic product, though — it’ll go goopy just from taking a brief bath in hot water. A Japanese plastics company called Polysis is marketing a new product they call Haplafreely. It’s available as rigid sheets or as thin film on a roll, and it’s noteworthy for its ability to become malleable with a minimal amount of heat applied.

At 140 degrees Fahrenheit (60 degrees Celsius), Haplafreely becomes as squishy and moldable as clay. It doesn’t start firming up until its temperature drops to around 104 degrees Fahrenheit (40 degrees Celsius). At room temperature, it regains its original hardness. It’s very strong, too: Haplafreely has a tensile strength about three times that of ordinary rubber, according to Polysis.