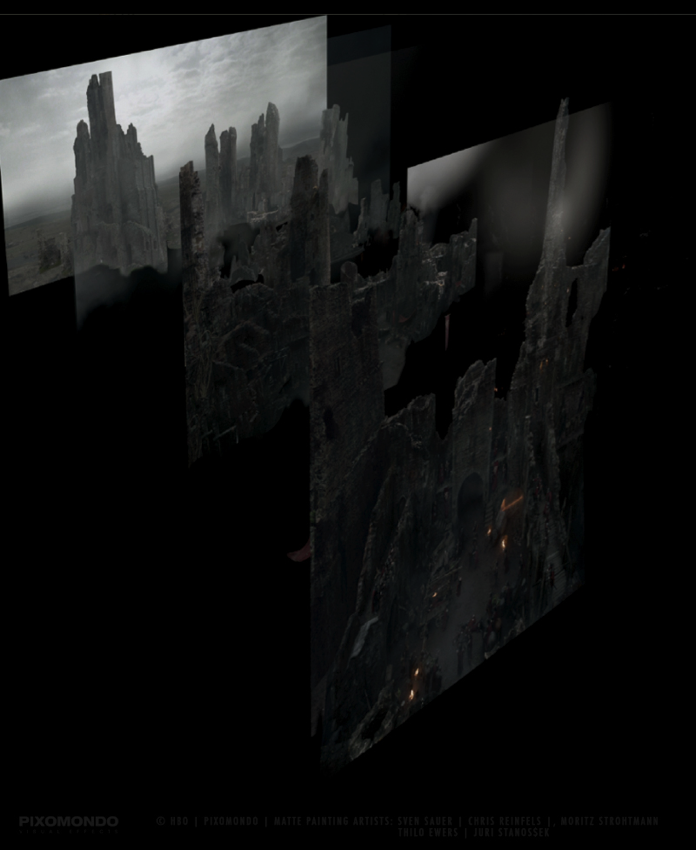 Behance has a great post showing some behind the scenes matte paintings from Game of Thrones.

The production of the visual effects for Game of Thrones began in November 2011 and involved nine of the world’s twelve Pixomondo studios with a total of 305 digital artists. A separate department with a focus on Matte Painting has been created in Stuttgart, where 10 Matte Painting Artists from around the world who had specialized in castles and medieval scenes have come together.

The backdrop of the castle Harrenhall has been built on a parking lot in the solitude of Ireland. Only a small yard was built as basis. The huge castle has later been expanded digitally.

The original book gives the reader just enough insight into the past of its world, that the viewer begins to spin it further autonomously. Shadows of a much more tremendous history reveal their existence by small hints and details. For the construction of the world of Game of Thrones, there are always hints of past times, kingdoms and lost homes in the novel.

The Visual Effects Team tried to include all these sub-stories in the paintings. The artists exactly analyzed the descriptions of the castles and landscapes in the books. How did the castle towers of Pyke look like before the weather had stricken them? The walls of the castle of Harrenhall once melted under the fire of dragons. In the book, this was just mentioned in a few lines – but anyway, it had to be considered carefully how a fortress would look like after having been overwhelmed by a huge fireball. 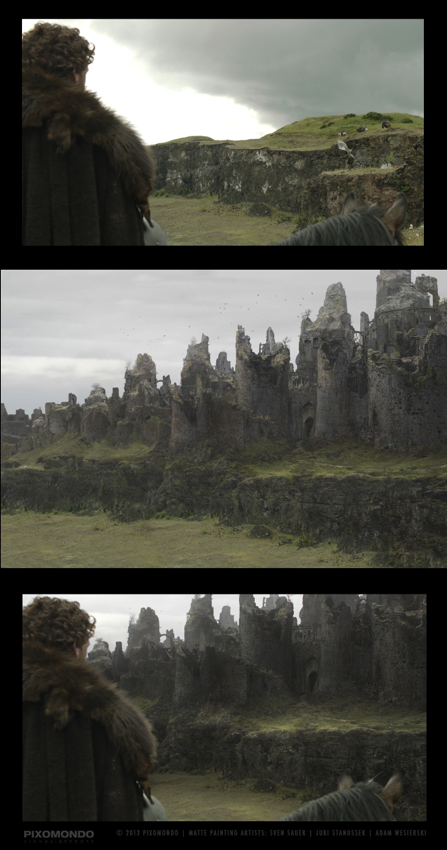 Comments Off on Game of Thrones – matte paintings #ArtTuesday