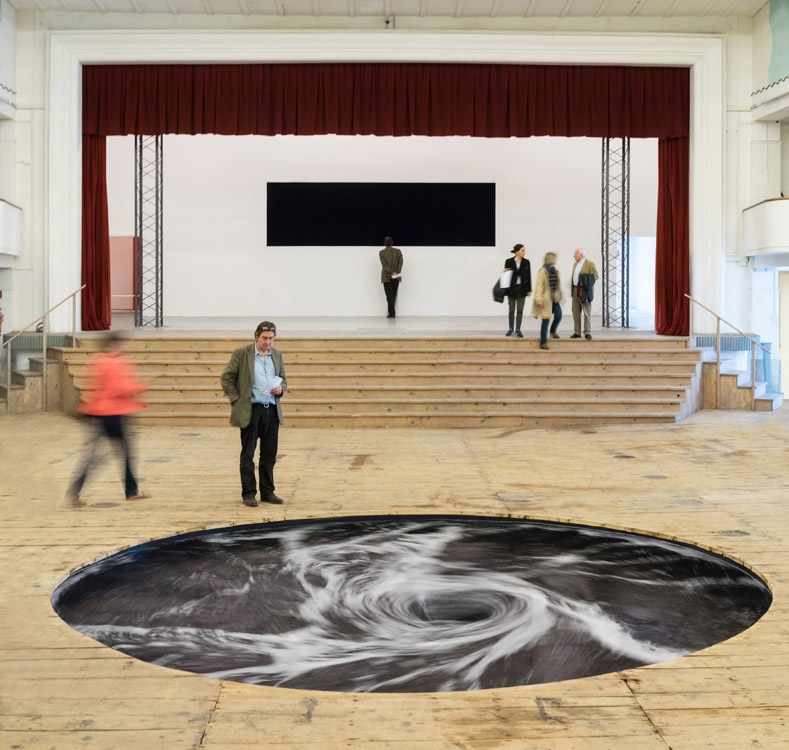 Anish Kapoor installed a perpetual black water whirlpool in the floor of a former movie theatre in Italy called “Decension”. via thisiscolossal

Churning and frothing just below the old wooden floor of a former movie theater in San Gimignano, Italy, a mysterious vortex of ominous black water seems to perpetually drain into nothingness. The artwork is a new iteration of artist Anish Kapoor’s Decension installation that appeared earlier this year in India. The former cinema and theatre space is now the home of Galleria Continua that hosted the exhibition. Kapoor shared about the piece:

“All my life I have reflected and worked on the concept that there is more space than can be seen, that there are void spaces, or, as it were, that there is a vaster horizon. The odd thing about removing content, in making space, is that we, as human beings, find it very hard to deal with the absence of content. It’s the horror vacui. This Platonic concept lies at the origin of the myth of the cave, the one from which humans look towards the outside world. But here there is also a kind of Freudian opposite image, that of the back of the cave, which is the dark and empty back of being. Your greatest poet, Dante, also ventured into a place like that. It is the place of the void, which paradoxically is full – of fear, of darkness. Whether you represent it with a mirror or with a dark form, it is always the “back”, the point that attracts my interest and triggers my creativity.”