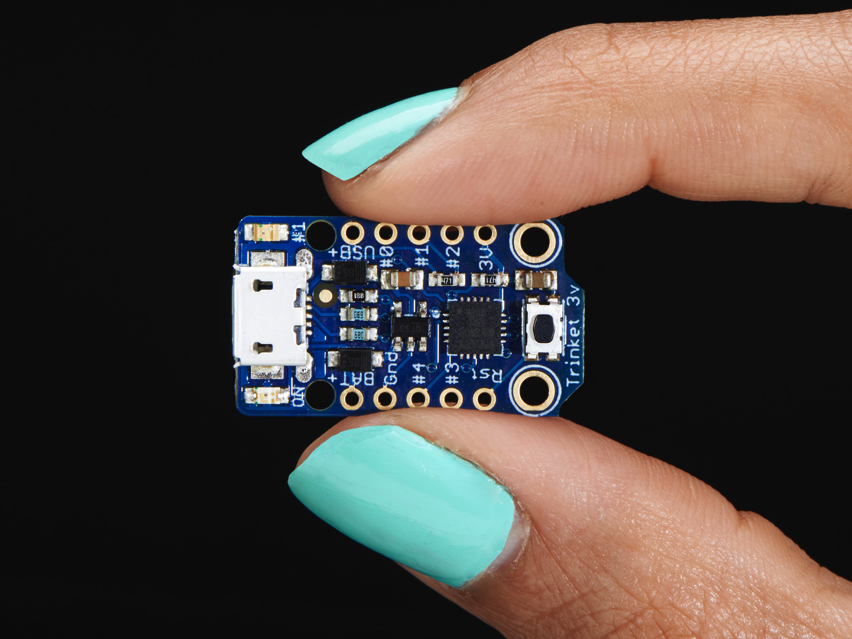 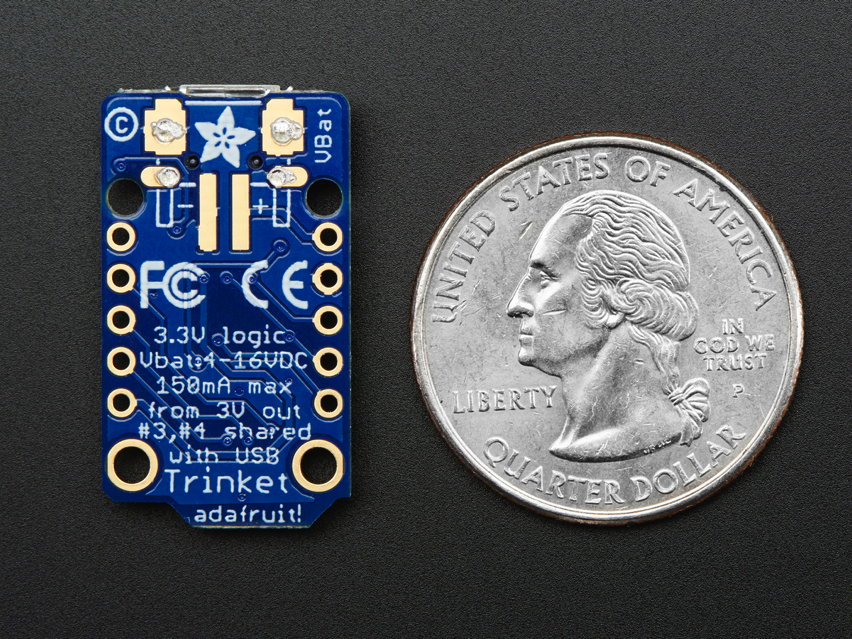 Trinket may be small, but do not be fooled by its size! It’s a tiny microcontroller board, built around the Atmel ATtiny85, a little chip with a lot of power. We wanted to design a microcontroller board that was small enough to fit into any project, and low cost enough to use without hesitation. Perfect for when you don’t want to give up your expensive dev-board and you aren’t willing to take apart the project you worked so hard to design. It’s our lowest-cost arduino-IDE programmable board! 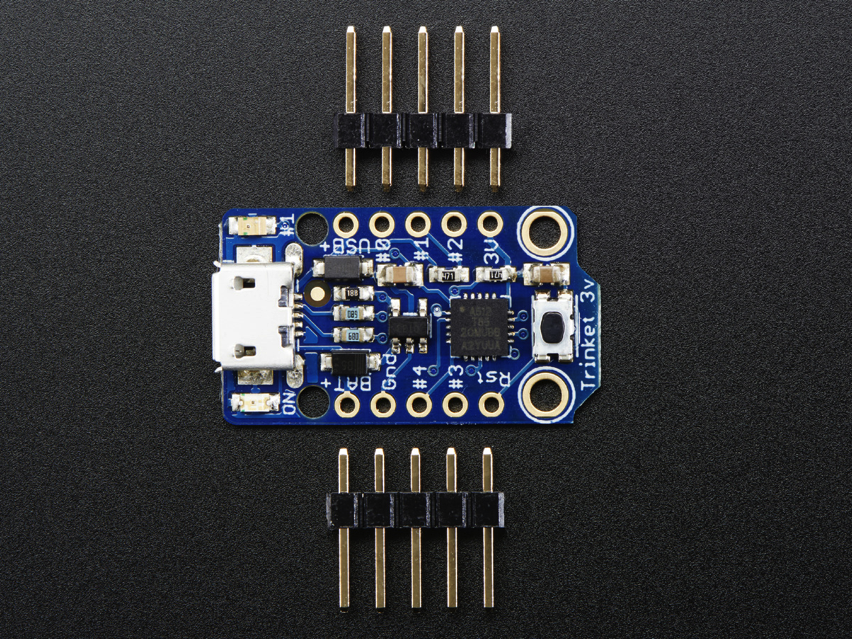 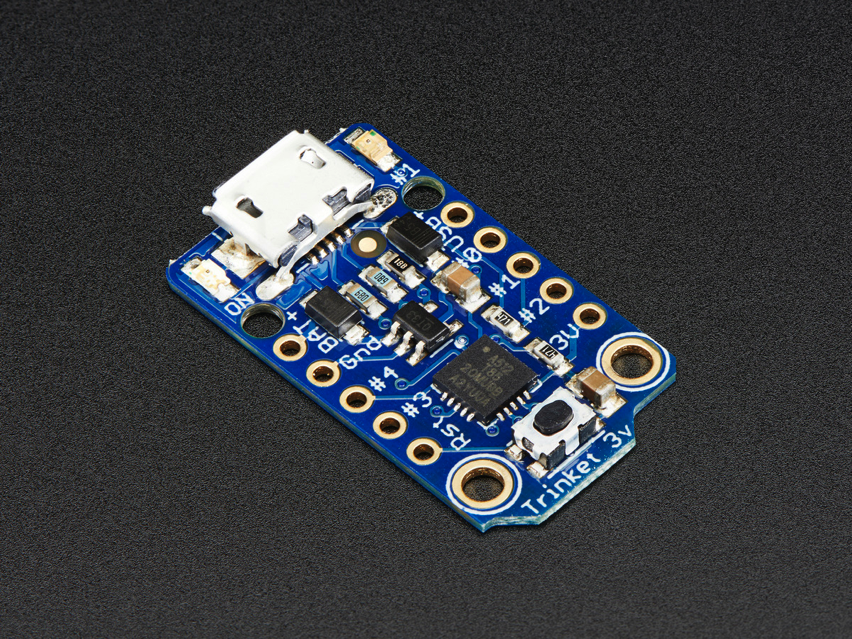 This is the 3V Trinket. There are two versions of the Trinket. One is 3V and one is 5V. Both work the same, but have different operating logic voltages. Use the 3V one to interface with sensors and devices that need 3V logic, or when you want to power it off of a LiPo battery. The 3V version should only run at 8 MHz. Use the 5V one for sensors and components that can use or require 5V logic. The 5V version can run at 8 MHz or at 16MHz by setting the software-set clock frequency. 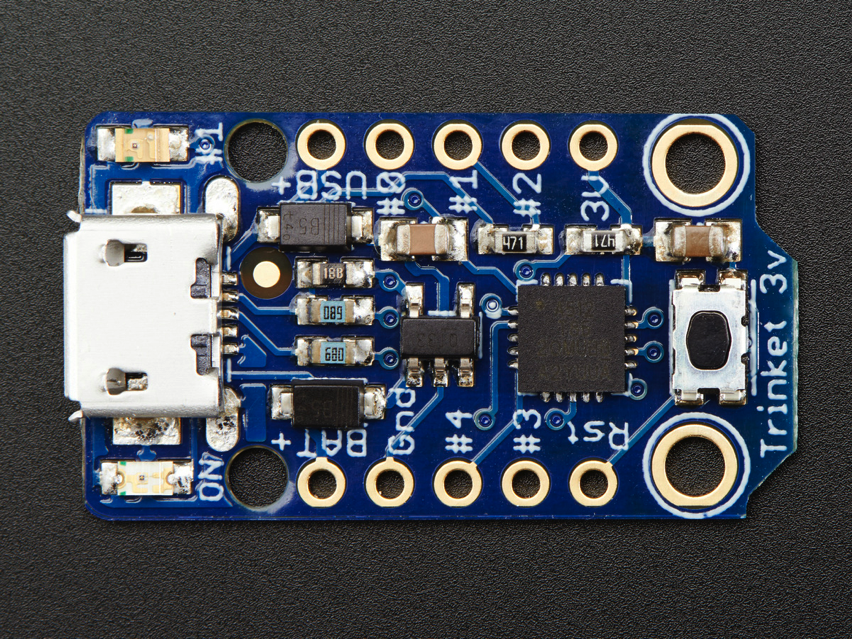 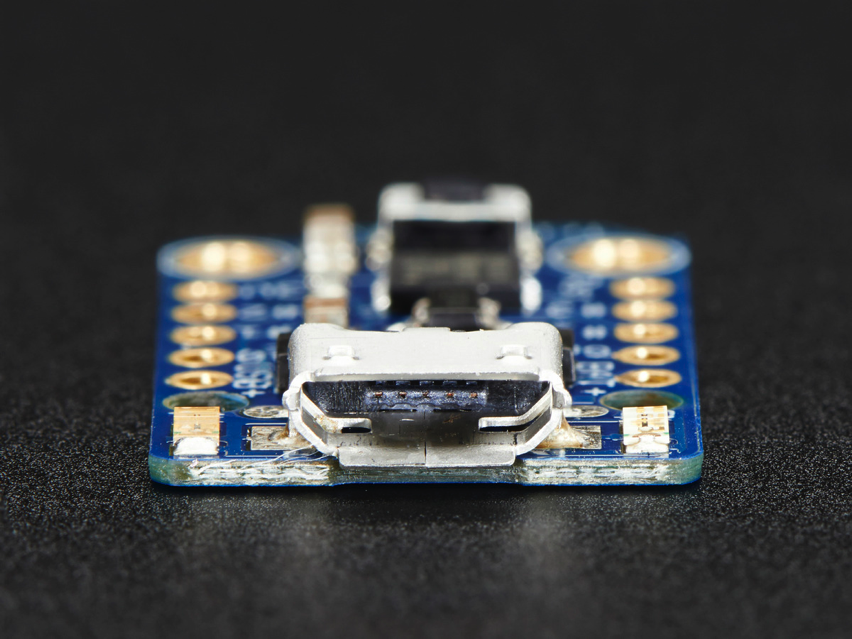 Even though you can program Trinket using the Arduino IDE, it’s not a fully 100% Arduino-compatible. There are some things you trade off for such a small and low cost microcontroller! 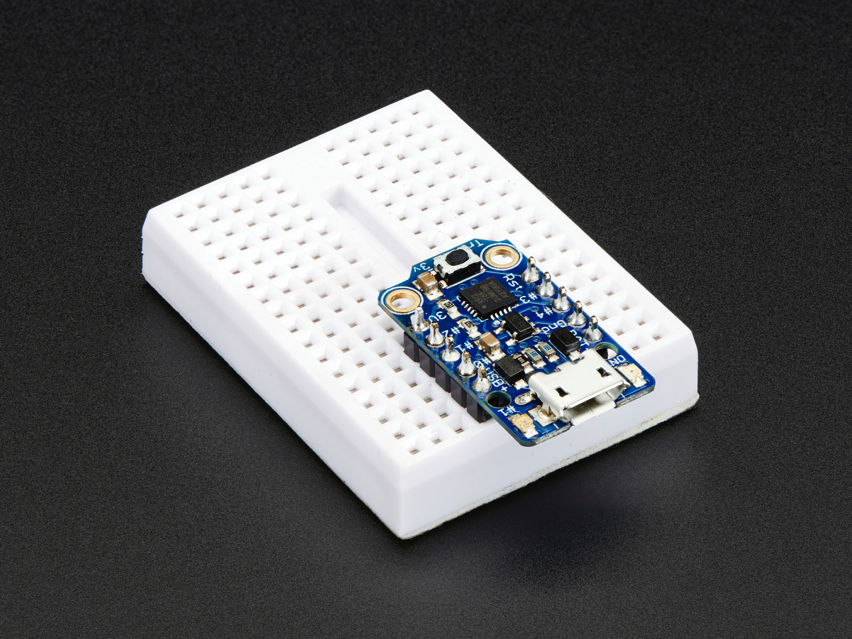