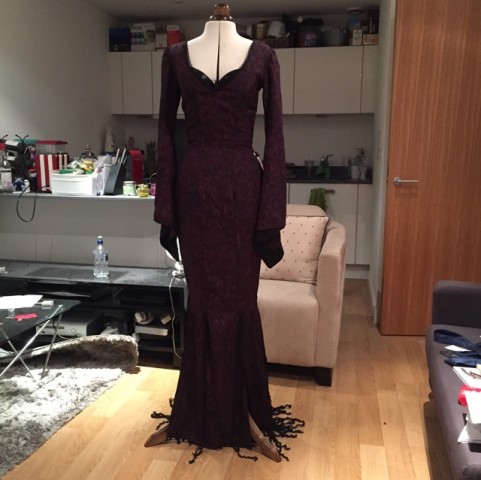 There aren’t many cosplayers dressed as members of The Addams Family at conventions. I see the occasional Wednesday Addams but almost never spot Morticia. This replica dress from Twan Lentjes Creations won’t help that dilemma because it was made for theater, but maybe it will inspire others. Twan Lentjes, also known as Twananas at The Replica Props Forum, started working on the costume in January of this year. He based his design on the one featured in the 1991 film by Anjelica Huston.

He started by gathering reference material and then he reviewed several fabric samples and searched for something that wasn’t just a flat black. Once he found the right fabric, he invested time and patience to testing the dye. You can see the swatches below. He tested 18 of them with iDye in black and crimson. He tried using varying amounts of dye for different lengths of time. He ended up using this formula: 50% Black & 25% Violet & 25% Crimson iDyePoly.

He drafted the pattern for the dress, dyed all the fabric, sewed it together, and washed and dyed the fabric again a few more times. He recently finished the dress and all the labor intensive detail work is evident in the finished product. Twan Lentjes then created another one for a musical. 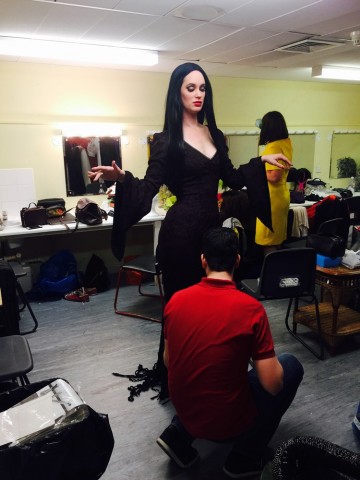 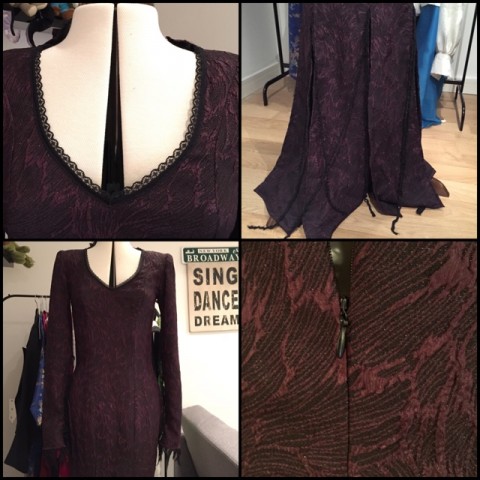 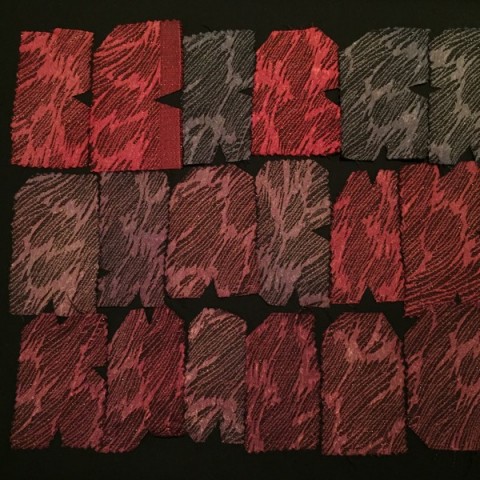 See more photos of the construction process at The RPF and on Facebook.

Comments Off on Morticia Addams Costume