God Skeletor Costume from Masters of the Universe 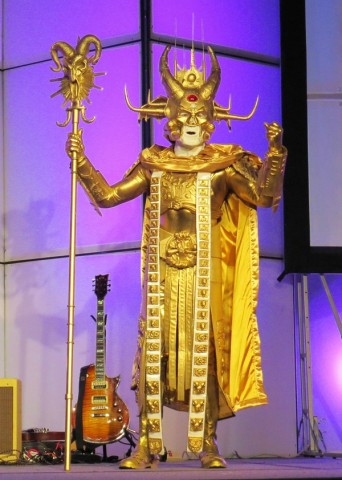 Fantasy films of the 1980s were utterly wonderful. They just don’t make films quite like Legend or Masters of the Universe anymore – that might be for the best. They wouldn’t hold up in this day and age. But we can always relive the past, and one particularly great and over the top scene is when Skeletor becomes a god in 1987’s Masters of the Universe. After a transformation scene with a lot of flashing light, Skeletor is transformed into a golden being. And unsurprisingly, someone made an awesome replica of that costume for Denver Comic Con this year.

Cosplayer Firtahl became the golden god Skeletor, and though he didn’t post any details about the process, I have to share the outfit because it’s unique and really well done. 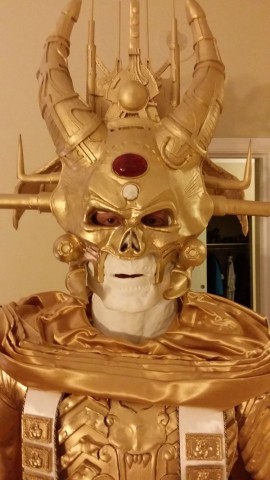 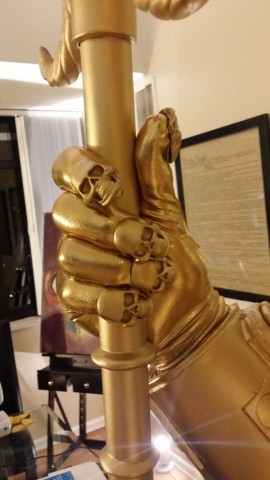 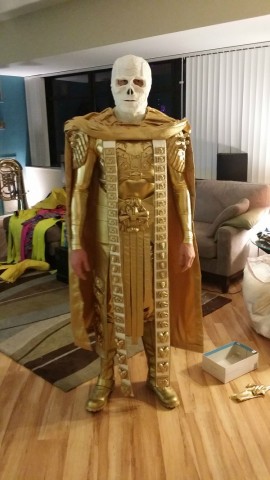 via Zak Kinsella, images via Imgur

Filed under: cosplay, costuming —
Tags: masters of the universe, skeletor — by Amy Ratcliffe

Comments Off on God Skeletor Costume from Masters of the Universe