If you’re wondering what we think about this – we discussed this on ASK AN ENGINEER. 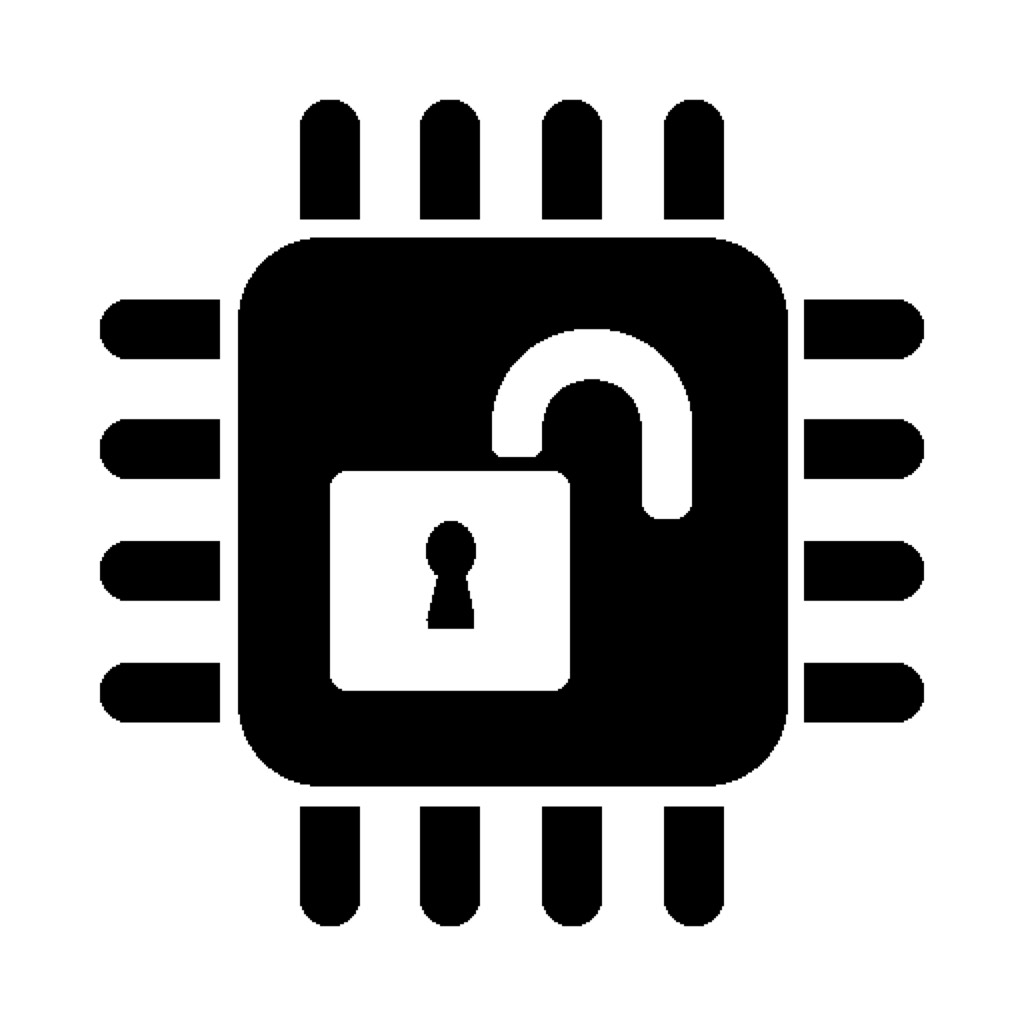 Awhile back Bruce Perens had proposed something like this when he started openhardware.org, however that effort/project has gone away. Looks like it was abandoned around Jan 17th, 2014. The domain expires on 7/22/2015, we’ve emailed Bruce to see if he’s interested in donating it or selling it.

Update 6/6/2015 – Bruce is keeping the domain, text posted with permission:

I’ve stepped away from evangelism for a while to build a few companies. I will renew the domain. I don’t want to let it go at this time.

I agree that certification is necessary, however there would be a big political problem in that many, possibly most, of the things that call themselves “Open Source Hardware” are not. The most glaring ones are those under various Creative Commons licenses with NC and ND features.

Following that are copyright issues: the lack of force of a copyright license on hardware in the context of 17 CFR 102(b) unless one has a patent to enforce, and the fact that we don’t really want to make copyright stronger even if it means greater potential to enforce our own licenses. If we did so, we would lose the ability to make use of schematics that we read in articles, etc. This is why Oracle v. Google is so problematic – do we really want to be able to better enforce the GPL at the price of losing the ability to clone APIs in Open Source? By promoting and attempting to enforce copyright-based hardware licenses we actually create new legal norms that will influence how courts rule and potentially work against our own interests.

So, you end up with a certification program for licenses that can’t be enforced, that excludes a good deal of your present community, and that potentially works against the community’s interest.

By the way, I ran an Open Hardware certification program in the 90’s that was an attempt to get manufacturers to provide Open Source device drivers or the documentation needed to make them. I eventually passed this program on to Vincent Renardias. I think Vincent got busy and passed it on to the board of Software in the Public Interest. They subsequently lost the domain (because sometimes our volunteers do not have the time or focus for paperwork) and for a few years it became click-bait for a bling merchant. Ugh. Years later I recovered the domain when the registration expired.

What’s REALLY interesting is Vincent Renardias proposed the “The Open Hardware Certification Program” back in 1998!

The Open Hardware Certification Program is a self-certification program for hardware manufacturers. By certifying a hardware device as Open, the manufacturer makes a set of promises about the availability of documentation for programming the device-driver interface of a specific hardware device. While the certification does not guarantee that a device driver is available for a specific device and operating system, it does guarantee that anyone who wants to write one can get the information necessary to do so. There is no charge to participate in the program. Vendors of certified equipment have the right to apply the Open Hardware logo to their packaging, and to state in advertising that their devices are certified. Users who buy equipment with the Open Hardware logo are assured that a change in operating system or even the demise of the manufacturer will not make it impossible to get new software written for their devices.

There is no charge for this certification program. Manufacturers go through a simple self-certification process and can immediately use the Open Hardware logo and can state that their devices are certified. 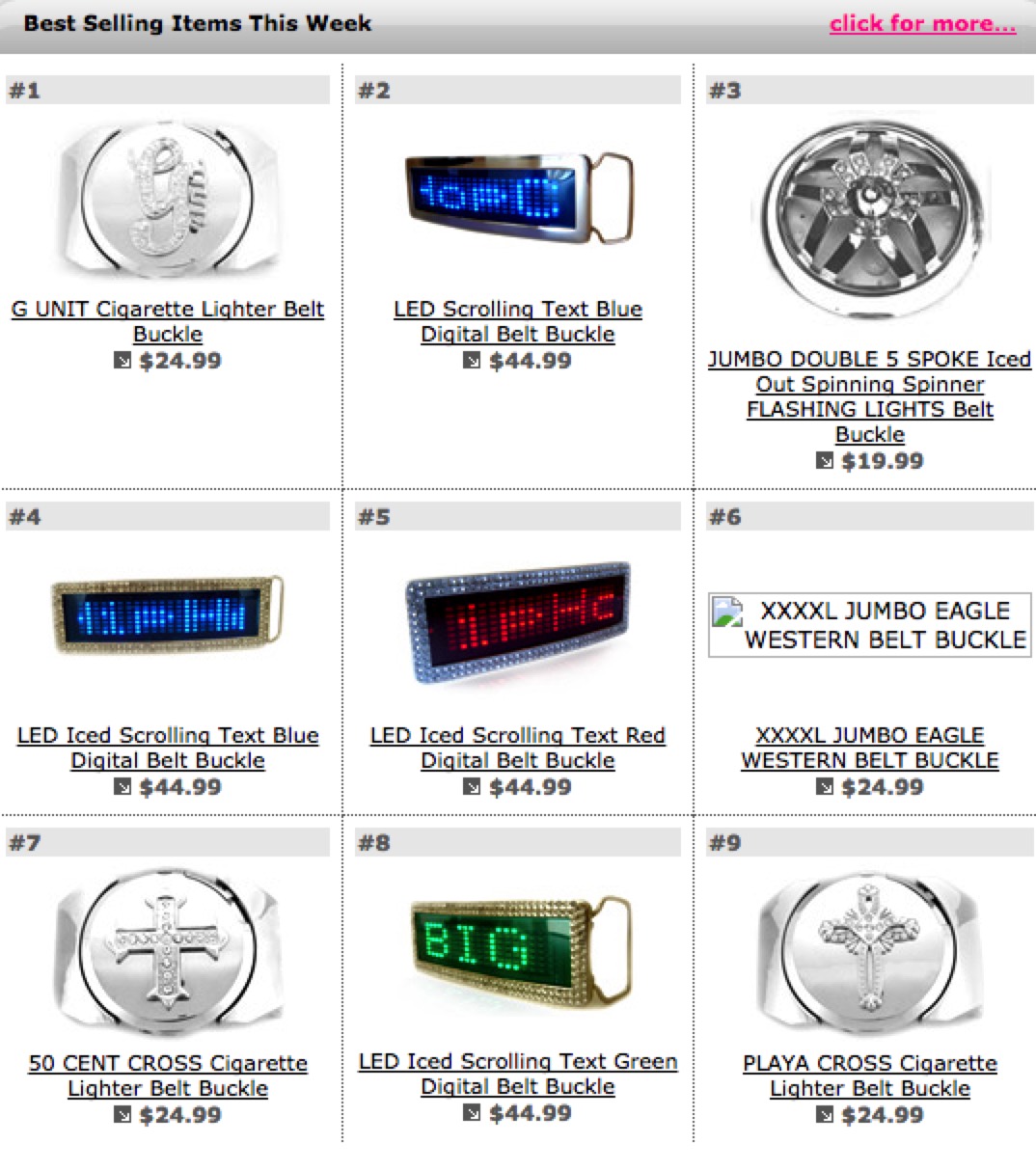 Somewhat related, from 2003 to 2005 the openhardware.org domain fell in to the hands of a Hip Hop jewelry site and directed openhardware.org to hiphopcapital.com which at the time sold LED scrolling belt buckles, their mission statement was: “To provide the highest quality hip hop jewelry at the lowest price”.

And distantly related, FUHU HOLDINGS, INC. which had/attempted to have the trademark “Open source hardware” abandoned the mark (DEAD).

However, OPEN SOURCE is trademarked with a logo for Whey protein. So what could be interesting is if you tried to make an “OPEN SOURCE” whey protein concentrate and sold it… that might get complicated.

And if YOU poke around a little more, you’ll see “OPEN SOURCE INITIATIVE APPROVED LICENSE” is trademarked with a logo. However, it’s oddly enough not a logo they (OSI) originally designed. To bring all this back to the OSHWA, OSI and OSHWA have a “Co-Existence Agreement“. 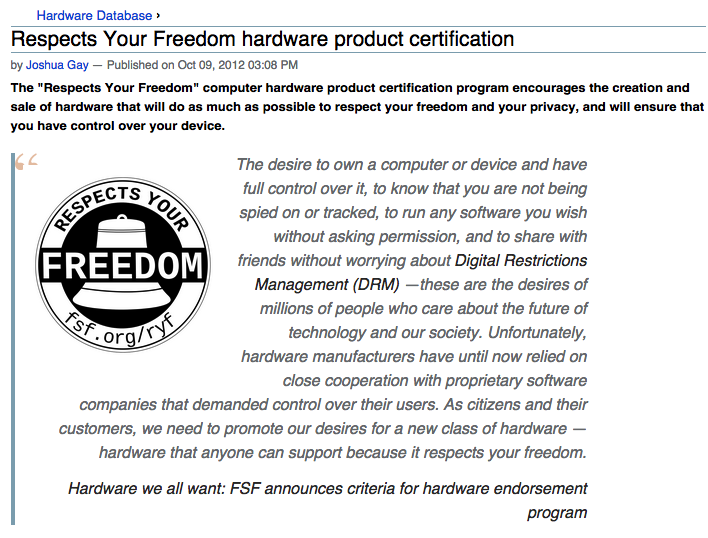 AND if you’re wondering if there is currently any existing “free” hardware certification, there is – from the FSF.