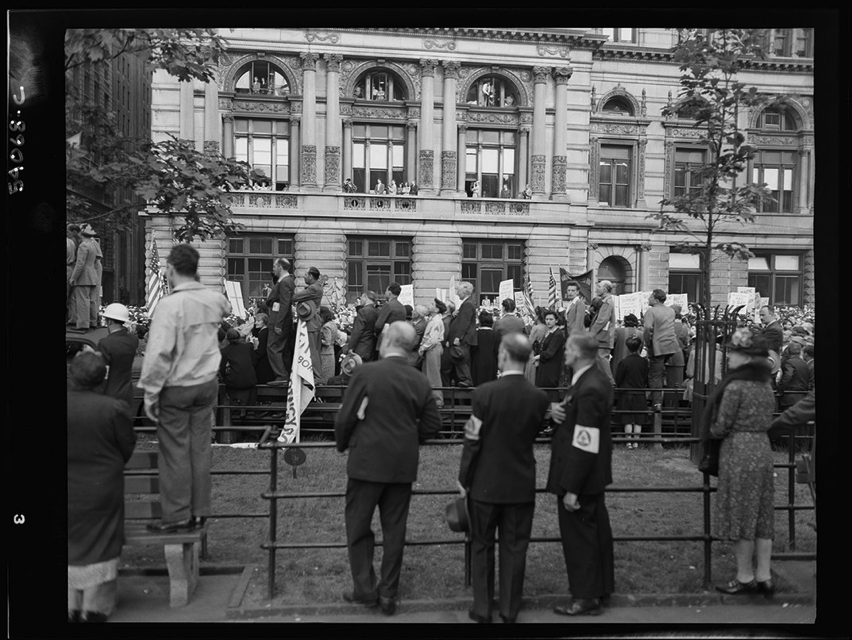 When Allied troops stormed the beaches of Normandy, in what would become the largest seaborne invasion in history and a crucial turning point in the war, most Americans slept—news of the invasion wouldn’t reach the United States shores until 3:32 a.m. EST, when General Eisenhower’s Order of the Day, a message recorded for the troops going into the invasion, was read over American radio stations. President Roosevelt himself wasn’t briefed of the invasion’s status until a mere 30 minutes before the American public found out—he remained on the phone with generals until 9 a.m., then met with the press at 4 p.m.

In the interim, news of the invasion spread rapidly throughout the U.S.—radio stations broadcast information as they acquired it, while newspapers printed bold headlines announcing the invasion (many newspapers at the time, like the Denver Post, published in the afternoon, allowing them to cover the story the afternoon of June 6), and some Americans went to specially scheduled religious services to pray. President Roosevelt addressed the American public directly for the first time that evening, during his radio address…

Read the full article here, where you can also find more photos, or check out the video below, also from Smithsonian.com

Comments Off on Archival D-Day Footage