Scientists Have Finally Figured Out Why Swiss Cheese Has Holes 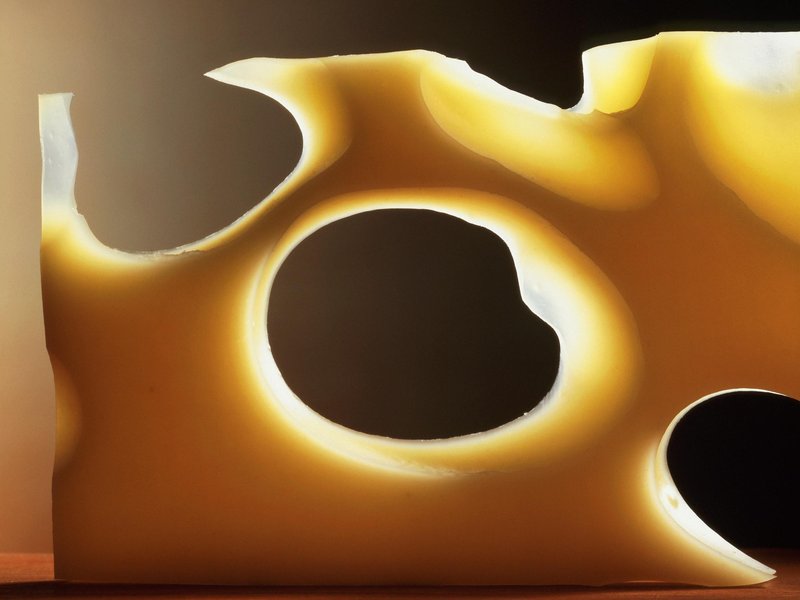 SmithsonianMag reported on a new development in Swiss Cheese research. (And yes, it was difficult to note use a hole pun in this blurb).

It’s known for its sweet and nutty flavor, its buttery yellow color and its distinctive holes, but over the years, Swiss cheese’s distinctive “eyes” have been disappearing. Now, the AFP reports that scientists have debunked a popular theory and discovered the real secret behind Swiss cheese’s holes — hay particles in milk.

Though urban legend has it that mice eat holes into Swiss cheese varieties like Emmentaler and Appenzeller, it’s been theorized since 1917 that bacterial growth creates gases that make holes in the cheese as it ferments and ages. In fact, cheesemakers have identified three types of holes in Swiss cheese: Nissler holes (the smallest), “eyes,” (the medium-sized and most abundant holes) and “large blow holes” (which can make blocks of cheese undesirable because they make slicing difficult).