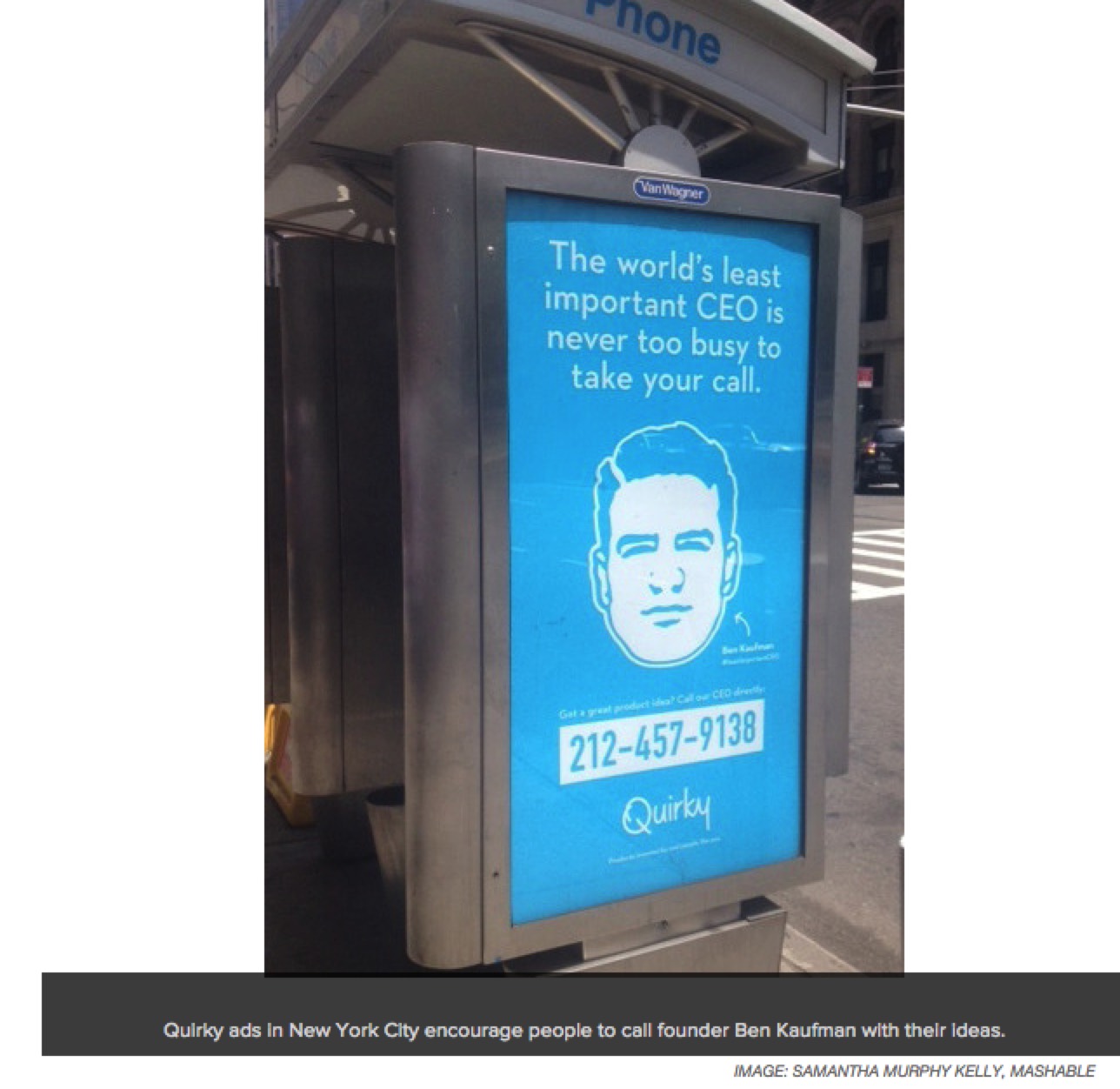 Sources say that these new layoffs come from Quirky’s New York headquarters, as well as its Schenectady, Hong Kong and San Francisco offices, and that the Hong Kong office will now be essentially shuttered.

When Business Insider talked to Quirky in April, it had 274 employees. If that number stayed consistent, this layoff would represent about 11% of the total workforce.

One source tells us that about 2 p.m. Tuesday afternoon, New York employees were taken into one of four rooms. One room was for employees who were staying with the company, another was for employees whom Quirky had recently hired through its acquisition of the organizational design startup Undercurrent, the third was for “transitional” employees who would remain on board for a little while longer, and the last was for the employees being laid off.

A commenter says they have 2 months left?

This article really needs to get the numbers right. They had 300 employees about a year ago. They’ve since laid off well over 100 people (between September and May), they’ve basically shut down the Hong Kong office (another 20-30), they are selling their San Francisco office to Flextronics (another 30-40) and just NOW laid off another 30. That’s basically 200 people. Not 11%, more like 70%.

They may have “claimed” to have 274 employees in April, but that’s just not true. Possibly they’re counting the people they acquired through Undercurrent, but still, with basically no revenue coming in they could never support that payroll. Either way, give them a couple weeks, maybe a month or two *tops*, until bankruptcy.