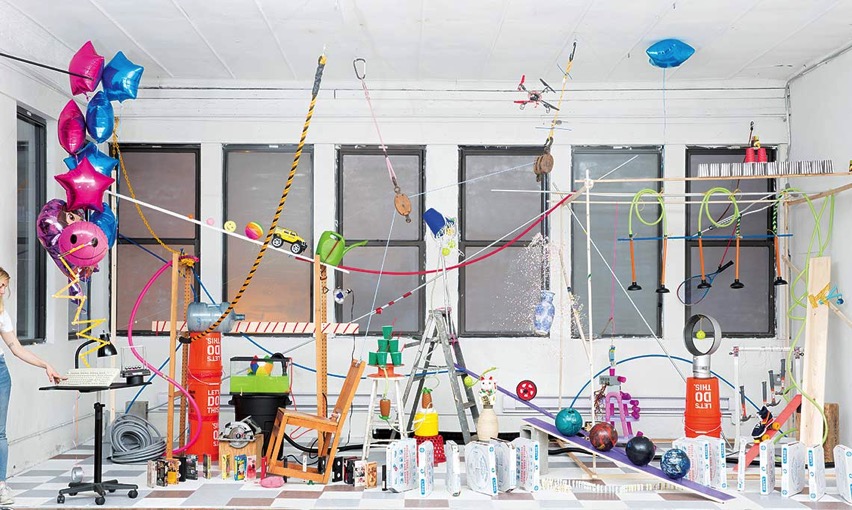 We highly recommend checking out Paul Ford’s epic piece today on Bloomberg Businessweek that attempts to break down what exactly code is, how it works, and the different ways it informs all of our lives. The piece is ambitious in its size and scope, interactive at points and includes beautiful, highly entertaining graphics. If you don’t have time to read it now, bookmark it for later.

The World Wide Web is what I know best (I’ve coded for money in the programming languages Java, JavaScript, Python, Perl, PHP, Clojure, and XSLT), but the Web is only one small part of the larger world of software development. There are 11 million professional software developers on earth, according to the research firm IDC. (An additional 7 million are hobbyists.) That’s roughly the population of the greater Los Angeles metro area. Imagine all of L.A. programming. East Hollywood would be for Mac programmers, West L.A. for mobile, Beverly Hills for finance programmers, and all of Orange County for Windows.

There are lots of other neighborhoods, too: There are people who write code for embedded computers smaller than your thumb. There are people who write the code that runs your TV. There are programmers for everything. They have different cultures, different tribal folklores, that they use to organize their working life. If you told me a systems administrator was taking a juggling class, that would make sense, and I’d expect a product manager to take a trapeze class. I’ve met information architects who list and rank their friendships in spreadsheets. Security research specialists love to party.

What I’m saying is, I’m one of 18 million. So that’s what I’m writing: my view of software development, as an individual among millions. Code has been my life, and it has been your life, too. It is time to understand how it all works.

Comments Off on What is Code?