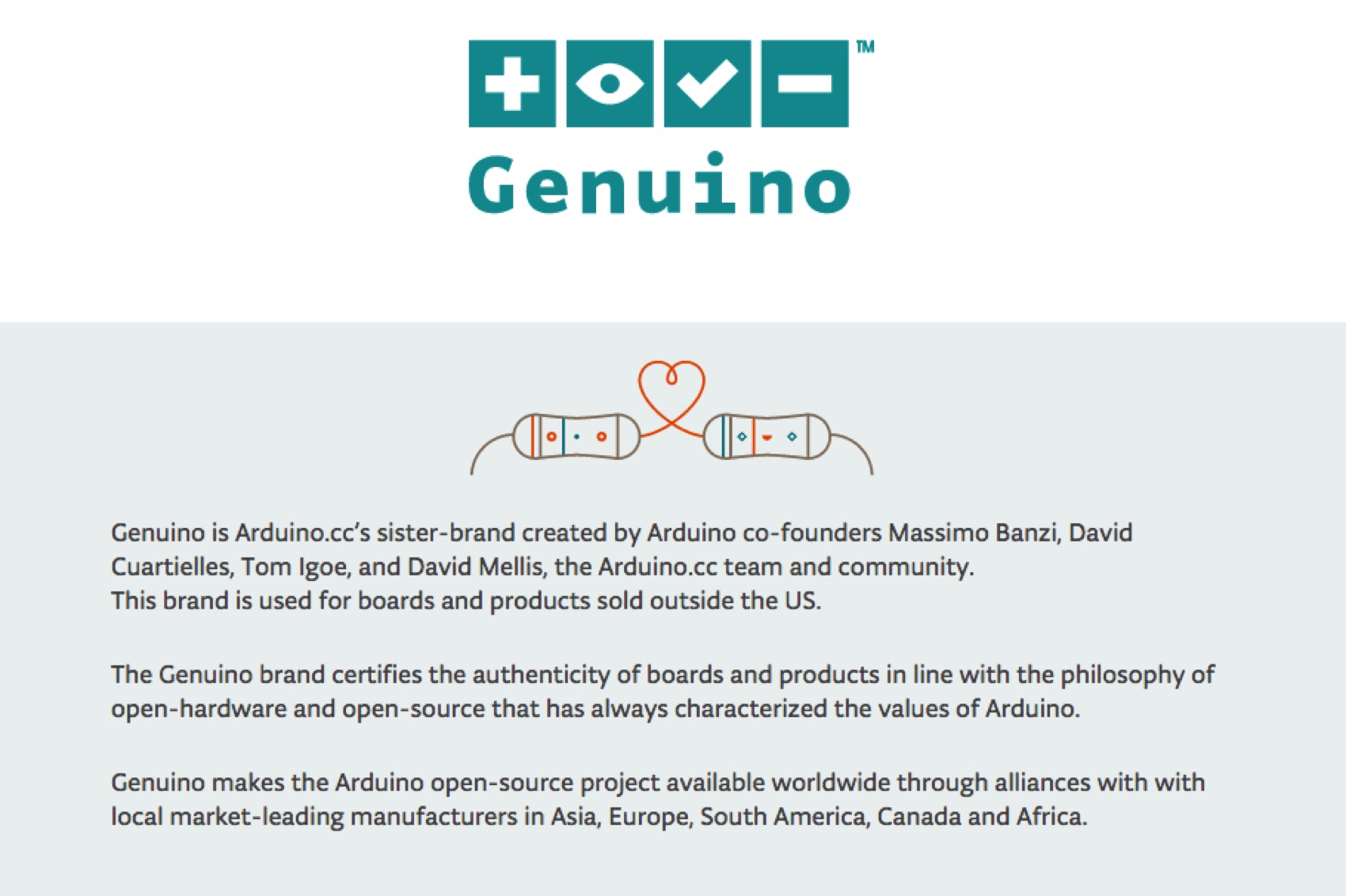 Arduino has increased availability of the maker and developer open source computing platform across the world with supply deals in the US and China.
It has also created a new global brand for the ARM-based embedded development modules.

Arduino has signed a supply agreement with New York-based distributor Adafruit which will start manufacture of Arduino boards, starting with the Uno, in the US this month.

Adafruit which has been selling Arduino boards and accessories for a number of years, was one of the first distributors in the US for Raspberry Pi.

As part of this the Arduino Zero boards were introduced to the US market this month.

Massimo Banzi, co-founder of Arduino then hopped on a plane to the Maker Faire Shenzhen in China to sign a second supply deal with Eric Pan, founder and CEO of Seeedstudio to manufacture and distribute Arduino LLC products using the new Genuino brand in China and other Asian markets.

Ardunio boards will sell under the new Genuino brand in markets outside of the US.

According to Eric Pan, founder of Seeedstudio, Arduino is becoming “a global language of making. Here we already have a huge Arduino user base and growing, it’s time to get us involved deeper with global ecosystem. “

Prior to these supply deals, all Arduino boards were manufactured in Europe.

Genuino-branded products will be sold on Seeed’s store on Taobao.