Goth half pipe made from forged steel #ArtTuesday 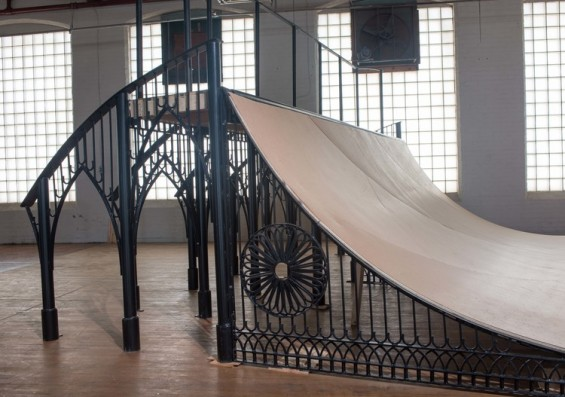 If Wednesday and Pugsley of the Addams family were born a little later they might’ve had this Gothic half pipe in their backyard. I could almost imagine Gomez and Morticia smoking in front of this beautiful wrought iron structure. Instead artist Brandon Vickerd has made something for today’s skater goth. The pipe isn’t as deep as a traditional transition but it is truly beautiful. The sides holding up the wooden platform are black and resemble the part of a rollercoaster which holds up the tracks. According to the artist he wanted to make something that spoke to architectural design incorporated with a recreational aesthetic. It achieves this goal by exploring a type which is normally found floating around music and alternative fashion. The gothic sensibility isn’t normally associated with athletics which make Vickerd’s creation more intriguing. From certain angles the iron is constructed to look like a row of church steeples. It also has the feel of old bridges and fancy park benches. It’s not clear if the artist is a skater but judging by the care involved in this project it would make sense.

Other projects the artist has been involved is making models of famous busts and other figures such as ghost rider with Skeleton faces. These reference more traditional figurative sculpting techniques and pop art from the 60’s. 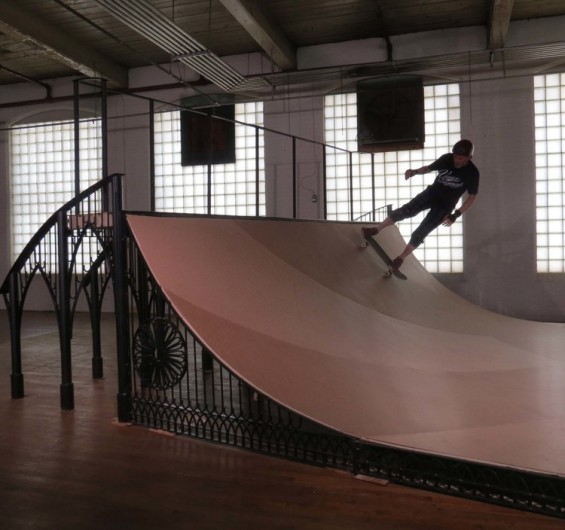 Comments Off on Goth half pipe made from forged steel #ArtTuesday