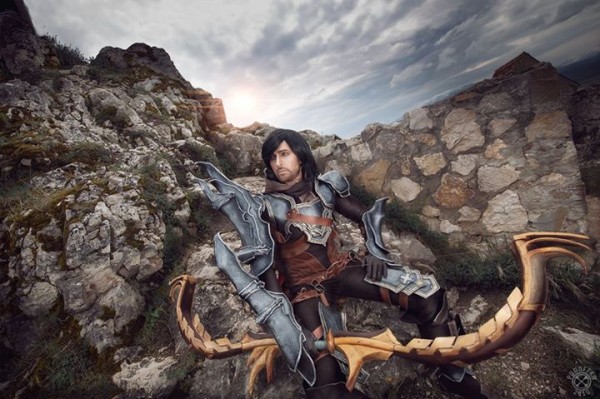 Cosplayer Dario has been making costumes since 1994. With that history – over 20 years – he might be the most experienced cosplayer I’ve come across. He travels the world to attend conventions and has cosplayed characters such as Flynn Rider from Tangled, Pennywise from It, Edward Kenway from Assassin’s Creed, and a Demon Hunter from Diablo III. His Demon Hunter costume features elaborate armor, leather, and a giant bow – it looks amazing.

I’m a fan since Diablo 1 and this was the right tribute of this game by Blizzard that stolen me a lot of hours of play. I spent so many hours on my costume and weapon with help and under supervision of my other close friend Luca Sabatini.

For this cosplay I used plastazote with latex, real leather in all parts and my weapon is Windforce, a legendary bow since first Diablo!!
I’d like to use it in the place of little hand-crossbows and because I want to give credit to the Diablo franchise as a whole (with a weapon always present in the games). 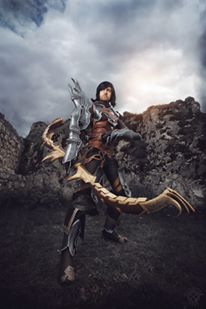 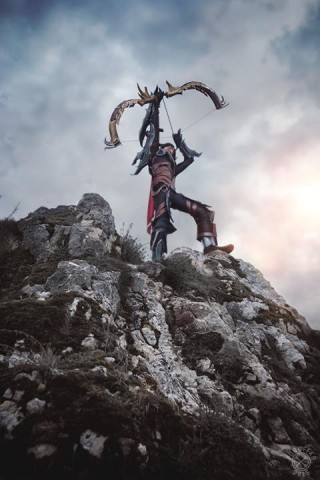