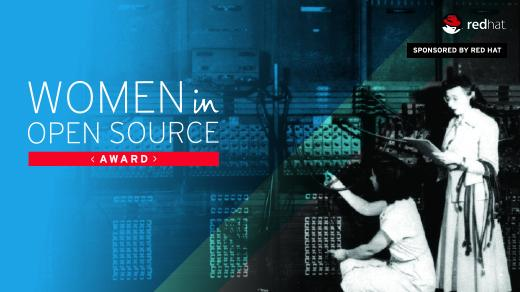 Congratulations to Sarah Sharp for winning the first ever Women in Open Source Award. Opensource.com interviewed her – check it out here.

Last year Red Hat announced its first Women in Open Source Award, created to recognize the contributions that women are making in open source technologies and communities. I was honored to be on one of the committees that reviewed more than 100 nominations and narrowed the list down to 10 finalists divided into two categories: community and academic. Then the open source community voted, and I anxiously awaited the results. I wanted every woman on both lists to win, so I knew that no matter who ended up with most votes, I’d be happy.

Now that the winners have been announced at Red Hat Summit, I can officially congratulate Sarah Sharp, winner of the Community Award, and someone whom I’ve known and admired for a few years. Sarah is a software developer who has been involved in Linux kernel development since 2006. She’s active in the open source community, and she coordinated kernel internships for the Outreach Program for Women (OWP), which was succeed by Outreachy earlier this year. Last October I ran into Sarah at LinuxCon Europe, where she was accompanied by seven of the former interns who were presenting on their projects.

In February 2015, The Linux Foundation released a Linux Development Report, which said that the Outreach Program for Women ranked #13 for Linux kernel contributions in the last cycle, and the interns contributed 1.5 percent of the patches to Linux kernel 3.11. AlthoughSarah recently stepped down as coordinator for the Linux kernel OPW internships, she’s actively involved with Outreachy (along with Karen Sandler, another finalist for our Women in Open Source Award). In this interview, I asked Sarah about her career achievements so far, and her recommendations for inspiring the next generation of women in open source.

Comments Off on Interview with winner of the Red Hat Women in Open Source Community Award, Sarah Sharp #WomenInSTEM