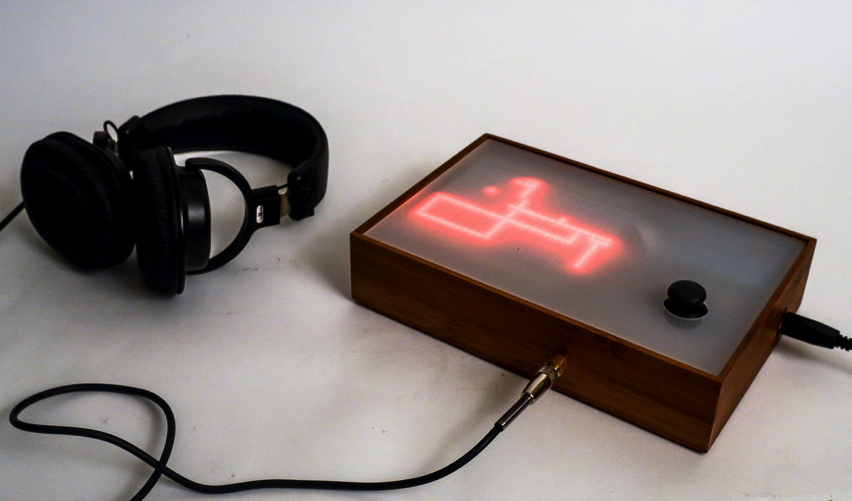 Creating emergent patterns that can be converted into sounds fascinates me. So this is my first experiment in building an arduino platform for creating such patterns. This version uses a Gameduino as its sound processor and uses particles that bounces around on a led matrix as the interactive sound generators. You can add more particles by pressing the joystick down for two seconds and the joystick serves as a drawing pen to create elements for the particles to bounce on. 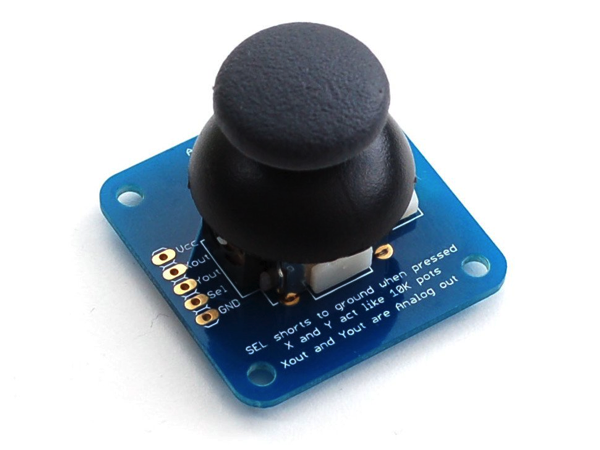 Analog 2-axis Thumb Joystick with Select Button + Breakout Board: This mini-kit makes it easy to mount a PSP/Xbox-like thumb joystick to your project. The thumbstick is an analog joystick – more accurate and sensitive than just ‘directional’ joysticks – with a ‘press in to select’ button. (read more) 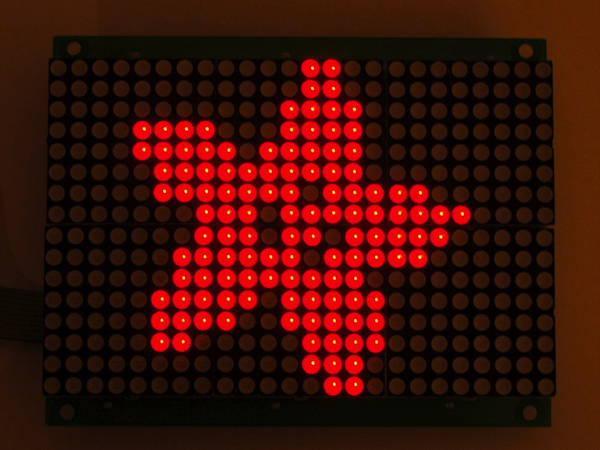 16×24 Red LED Matrix Panel – Chainable HT1632C Driver: These LED panels take care of all the work of making a big matrix display. Each panel has six 8×8 red matrix modules, for a 16×24 matrix. The panel has a HT1632C chip on the back with does all the multiplexing work for you and has a 3-pin SPI-like serial interface to talk to it and set LEDs on or off (you cannot set the LED to be individually dimmed, as in ‘grayscale’). (read more)