Make a Piolin with #RaspberryPi and #Arduino #MusicMonday 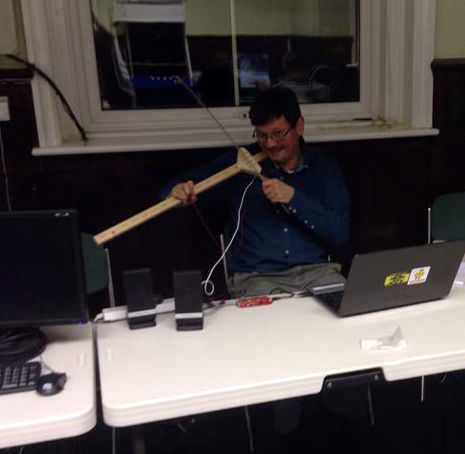 Hi! John from Coventry Makerspace here! When we were kindly given five Raspberry Pis by Instructables, I came up with the idea of using one to create a unique musical instrument. Using some salvaged wood and electrical components, plus a few other bits and bobs, I created the Piolin! The code was created with Scratch with the intention of using a Raspberry Pi. But once I got into the nitty gritty of the project, I realised that actually a Raspberry Pi was not a good fit for what I wanted to do as it has no analogue outputs, and that actually a PicoBoard or Arduino was a far simpler solution. But by then, the Piolin name had stuck. So really it should be called the not-quite-a-Pi-olin! 😉

Comments Off on Make a Piolin with #RaspberryPi and #Arduino #MusicMonday