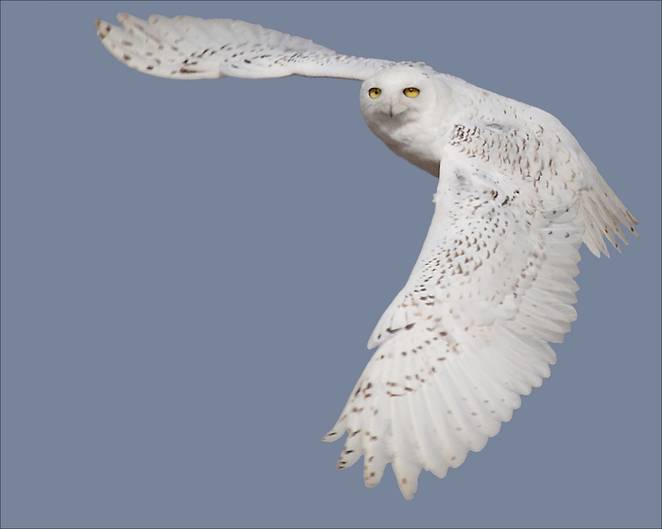 One of the most commonly heard complaints about wind turbines is that they’re loud. Wind farms are usually built a far enough distance away from communities that the noise is negligible, but a new biomimetic technology inspired by the stealthy flight of owls could lead to wind turbines, planes and even computer fans that are virtually silent.

This is significant because not only would quieter turbines make communities more open to having them nearby, but because wind turbines are currently heavily braked in order to keep noise to a minimum, having a way to make them operate quietly could mean that the bladed could run at much higher speeds and produce more energy. In fact, average-sized wind farms could add several megawatts to their capacity.

Researchers at the University of Cambridge, have come up with a prototype coating for wind turbine blades that could make them a lot quieter and they owe the advancement to one of nature’s greatest hunters, the owl….

“No other bird has this sort of intricate wing structure,” said Professor Nigel Peake of Cambridge’s Department of Applied Mathematics and Theoretical Physics, who led the research. “Much of the noise caused by a wing – whether it’s attached to a bird, a plane or a fan – originates at the trailing edge where the air passing over the wing surface is turbulent. The structure of an owl’s wing serves to reduce noise by smoothing the passage of air as it passes over the wing – scattering the sound so their prey can’t hear them coming.”

Comments Off on Quiet Wind Turbine Inspired By Owls #Biomimicry