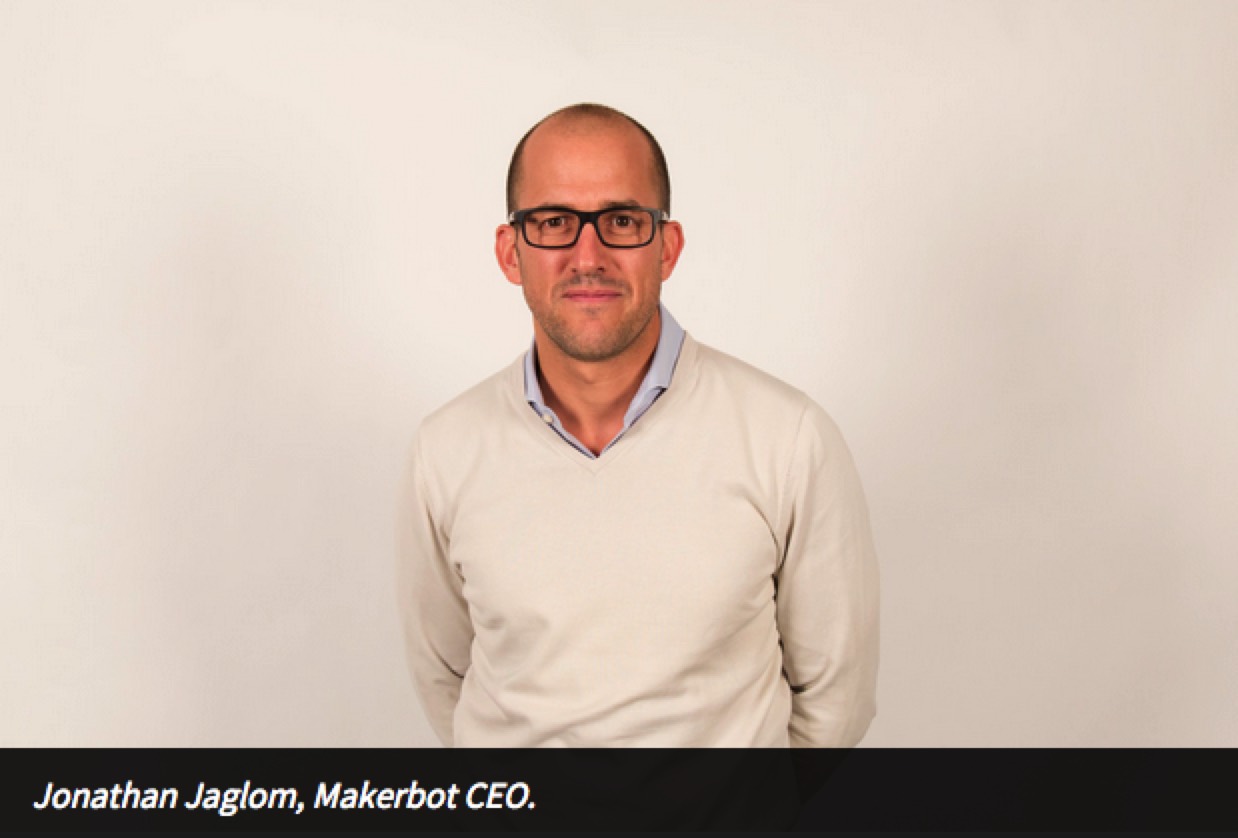 Now that Jaglom, 39, is in the driver’s seat at MakerBot — he was appointed CEO in March and left Hong Kong for New York City in April, he’s staying true to his instincts about the importance of the Asian market. One of his first decisions in his new role was to place MakerBot’s Asia operations under Stratasys to capitalize on Stratasys’ established presence in Asia and to motivate Stratasys to sell MakerBot products by making those sales a performance metric.

Jaglom didn’t agree with Lawton’s strategy of running MakerBot’s China operations from its headquarters in Brooklyn.

“That’s not going to work,” he said in an interview with Technical.ly last week, later adding: “You have to have local teams.”

That’s just one of the changes Jaglom made when he was installed this spring.

Read more and previous MakerBot articles include our meeting overview where we grumbled.

Adafruit is the only entity that has asked about the DRM’ing of filament, open-source, patents and more so far in the summer tour, and what a challenge. Maybe no one is interested? The other things that always is left out of the MakerBot/Stratasys articles is that the new MakerBot CEO Jonathan Jaglom, is the son of the Chairman of the Board of Stratasys (click “Stratasys Board Members”). Why not embrace it? A father and son 3D printing family …