Ok, so we posted a video of an Arduino rotating in front of an American flag with the public domain “America the Beautiful” by United States Navy Band as the music. We immediately received this from YouTube. 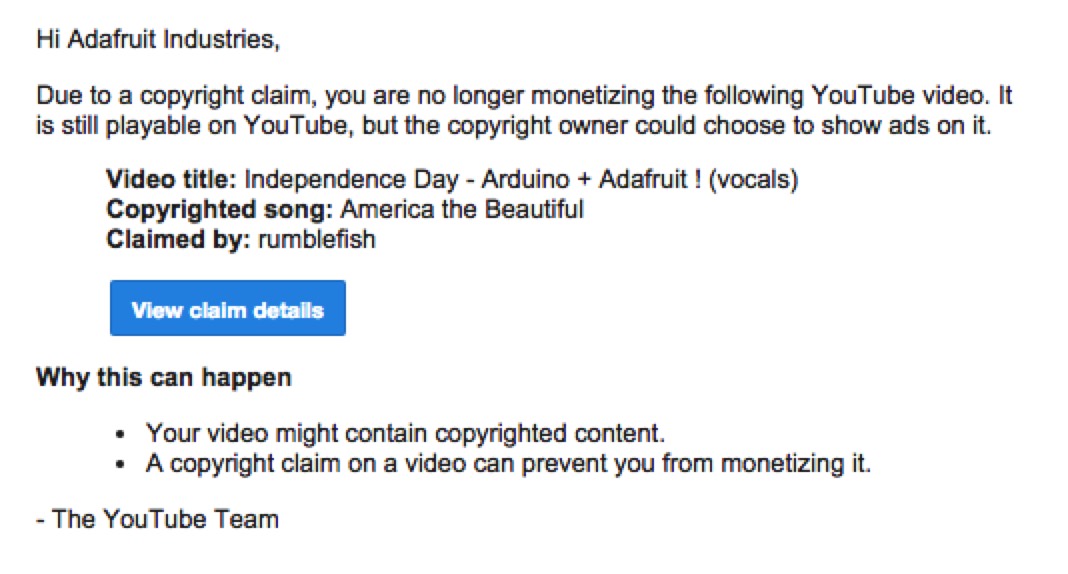 So we disputed the claim with the source text from archive.org to see if it’s true and we also emailed Rumblefish directly (and we emailed navyband.public.affairs@navy.mil who is listed as a contact on the navy.mil page for this song.

This media file is a work of a U.S. Department of Defense employee, made during the course of the person’s official duties. As a work of the U.S. federal government, the media file is in the public domain. 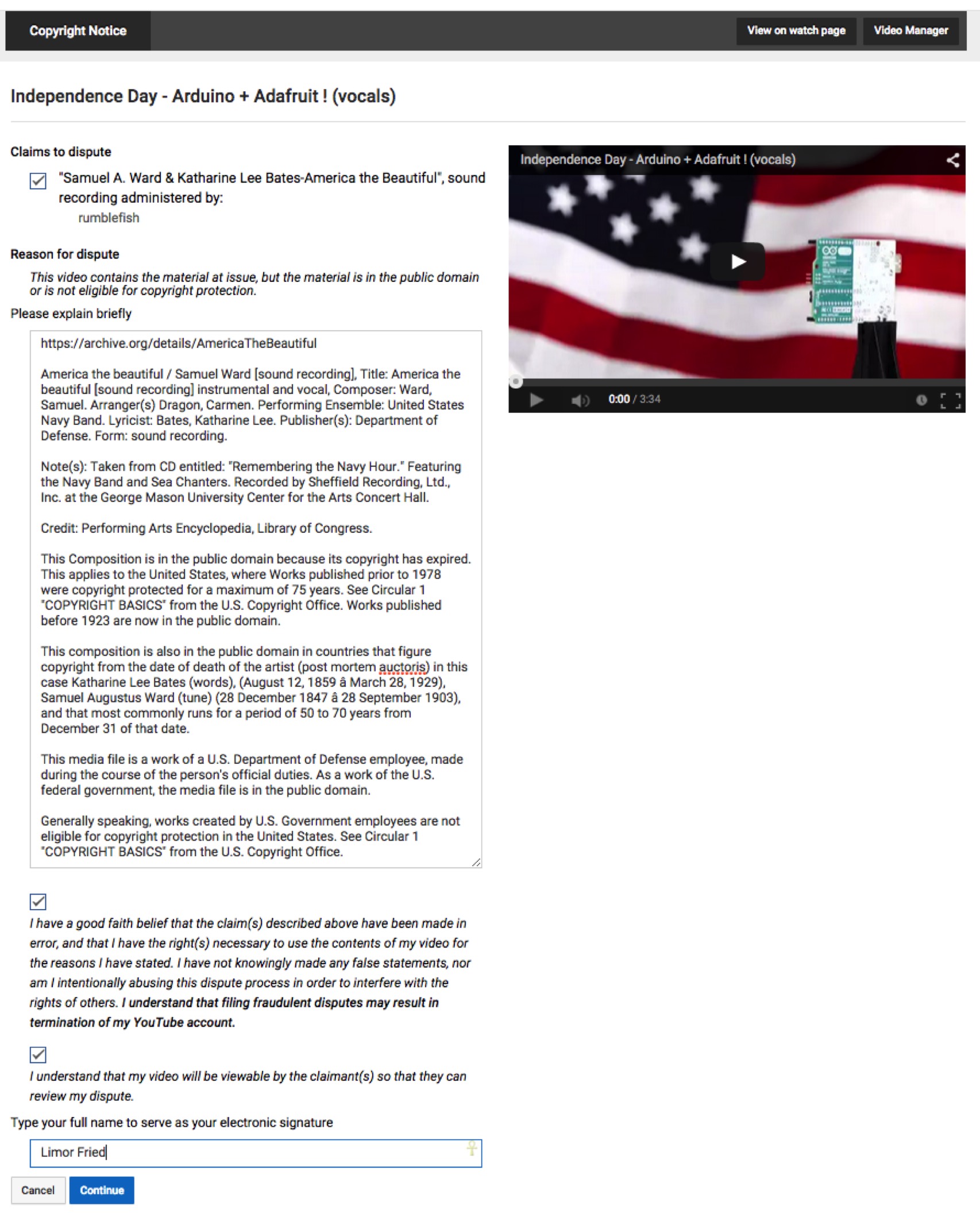 We’ll see what happens next, apparently Rumblefish has claimed copyright on public domain works on YouTube before.

Related:
“Rumblefish claims to own copyright to ambient birdsong on YouTube“.
Rumblefish CEO: Claiming Copyright On Your Incidental Recordings Of Birds Was Merely A Series Of Unfortunate Errors
The Stars and Stripes for…Life of the Author + 70? Chilling Copyright and the USMC Band. 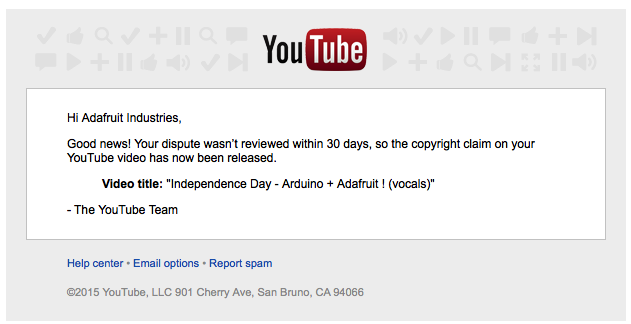 But that’s not true, we disputed it about 3 hours ago, not 30 days ago. We still have not heard back from RumbleFish or the Navy, if we do, we’ll update the post here.

YouTube’s Content ID system automatically makes claims on videos when the audio matches a recording we represent. In this case, we work with a label who promotes this music outside of the U.S. Once it was confirmed that this was a legal, patriotic, celebratory U.S. usage, the claim was immediately released. At no point was the video taken down, and neither Rumblefish nor its provider labels collect money from public domain songs here in the States.

Perfect timing to note that America IS beautiful and we wish everyone a happy Independence weekend.

Are they saying someone outside the USA owns “America the Beautiful” by United States Navy Band? We asked via email and via Twitter and of course they’re not replying, we’ll keep asking. Happy 4th. 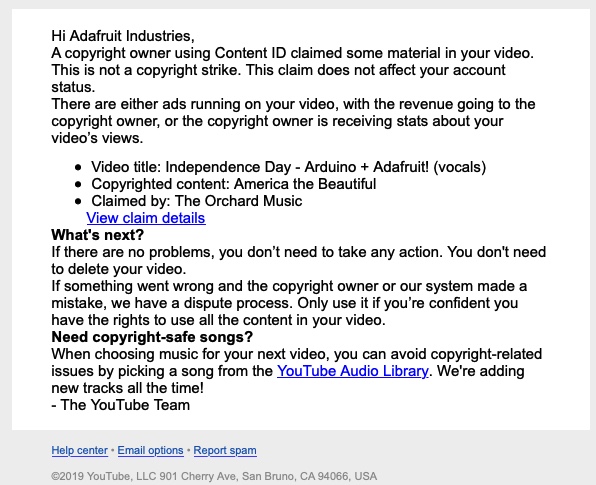 America the Beautiful
The Ovation Chorale and Brass 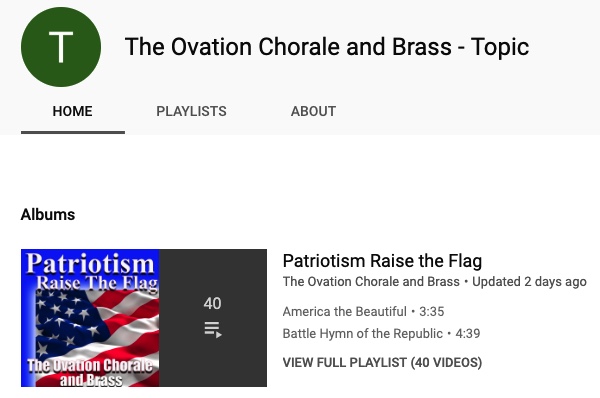