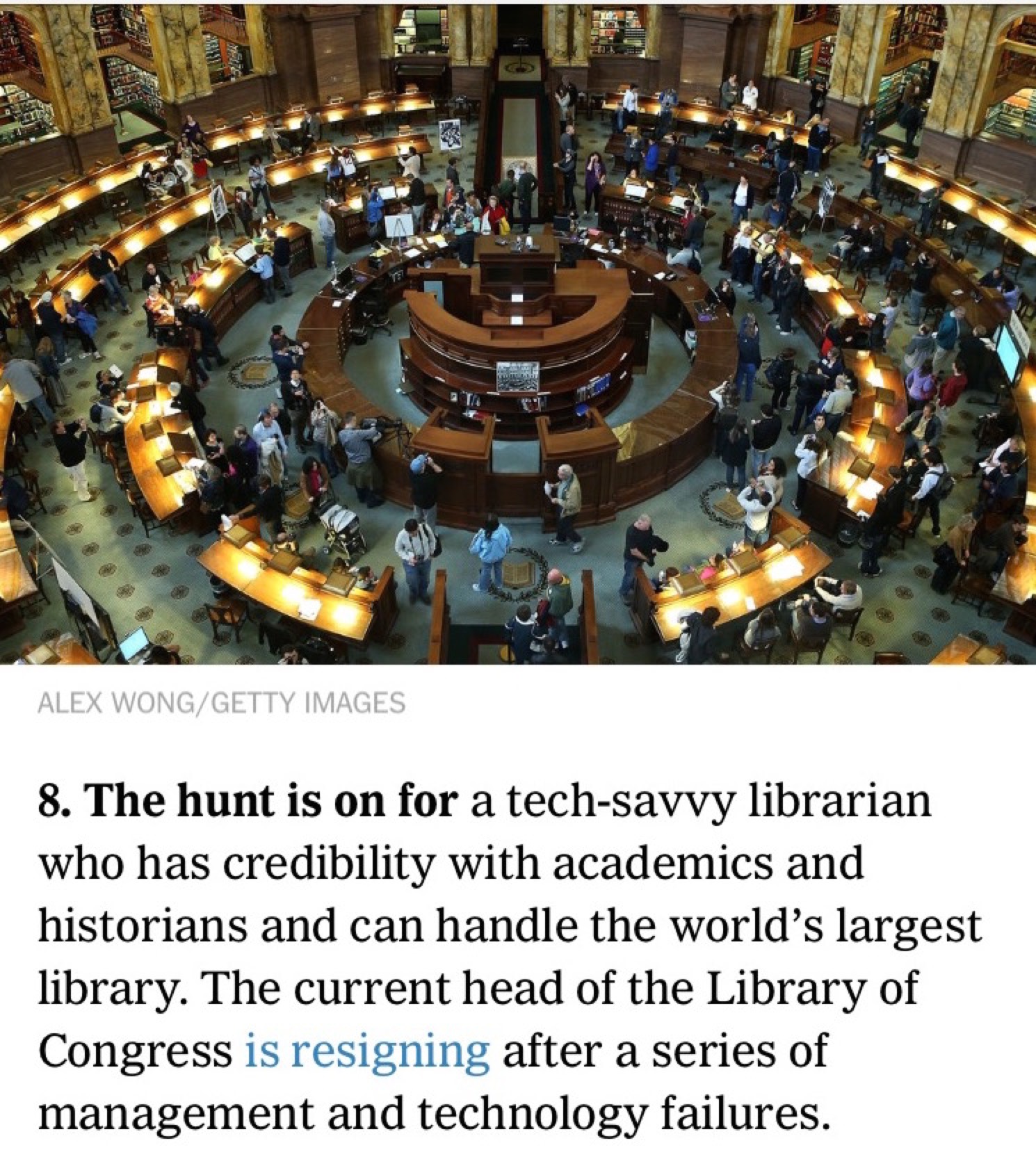 In a 2013 audit, the library’s inspector general warned that millions of items, some from as far back as the 1980s, remained piled in overflowing buildings and warehouses, virtually lost to the world. In addition, just a small fraction of its 24 million books are available to read online, 200 years after Thomas Jefferson laid the foundation for a vast national library by selling Congress his personal collection of books after the War of 1812.

The latest government investigation, delivered in March, accused the library of “widespread weaknesses” in managing its technology resources and cited a “lack of strong, consistent leadership” in that area. That report, and other recent complaints about Dr. Billington’s leadership, had caught the attention of the library’s congressional patrons.

Brewster, Jason and Carl should run whatever we’re going to call the Library of Congress going forward.

The Internet Archive (archive.org) is a 501(c)(3) non-profit that was founded to build an Internet library, with the purpose of offering permanent access for researchers, historians, and scholars to historical collections that exist in digital format.

The Internet Archive’s Collections Team started this blog to highlight new collections and interesting items. We hope you enjoy it!