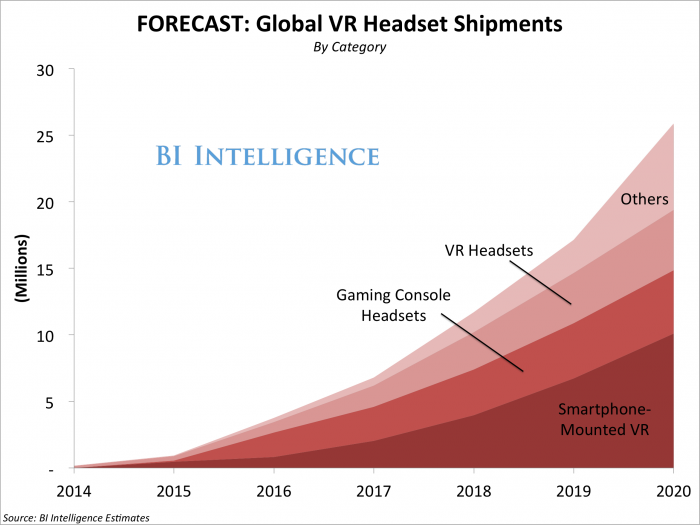 Headsets have historically failed to gain much traction with consumers due to their awkward appearance and failure to find new use cases; smart glasses have so far mostly acted as extensions of smartphones, and VR headsets have been pegged as gaming extension devices from the get-go. The general appeal of this lesser-loved category of the wearables market has been improving in recent quarters thanks to new use cases and applications.

Here are two of the latest developments in the upswing of headsets:

Microsoft is looking for ways to make its VR HoloLens headset more useful. While the obvious use cases for this headset have been mainly constrained to gaming and prototyping products like drones before manufacturing, Microsoft thinks it can do much more. To find out just what the HoloLens can do, Microsoft launched a program on Monday that will give two HoloLens development kits and $100,000 to each of the academic teams behind the five best proposals they receive on new ways to use the device. Microsoft Research Corporate VP Jeannette Wing expects researchers to propose a host of new ways to use the device, ranging from “interactively teaching students, to creating mixed-realty art installations, to manipulating holographic data to reveal new relationships.”

Google Glass may be making an enterprise-oriented comeback, according to a report from 9to5mac. After the demise of the ill-fated consumer-oriented Google Glass Explorer Edition, recent FCC filings and statements made during Google’s Q4 2014 earnings call suggest that the enterprise version of Google’s smart glasses is making its way to market. An enterprise edition of Google Glass is likely to leverage video streaming, but other potential workplace functionalities will be uncovered before year-end, when images of GG1 (as it’s called in the FCC filing) are scheduled to go public. This is an unverified report and we’ll update you as information becomes available.

Comments Off on Can #Wearables like VR headsets and smart glasses overcome initial failures and go mainstream? #WearableWednesday