Incredible Cosplay of the Castle from Howl’s Moving Castle 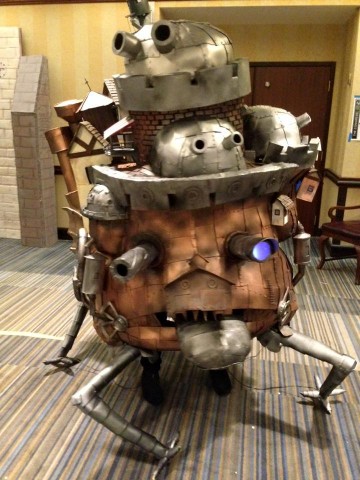 Redditor danishcream’s friend cosplayed Howl’s Moving Castle – not a character from Howl’s Moving Castle but the actual castle. Elentari Cosplay made the costume for CONvergence and spent two years working on it. The castle has every detail from the castle in the film. It lights up, there’s a tiny Turnip-Head on the back and Sophie too. The wearable castle is apparently pretty lightweight:

The castle is able to come apart in several pieces, which makes it just a little easier to transport (it still took a few people to carry each piece around though). Since the costume is mostly built from craft foam and chicken wire, it is a bit lighter than it looks, though there are plenty of straps inside which I would imagine help as well. It is light enough so that she can move around in it, but it’s definitely not something that can be worn for a long time. 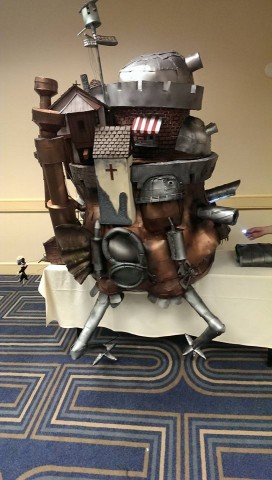 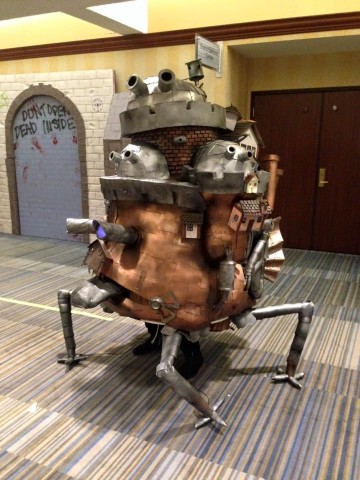