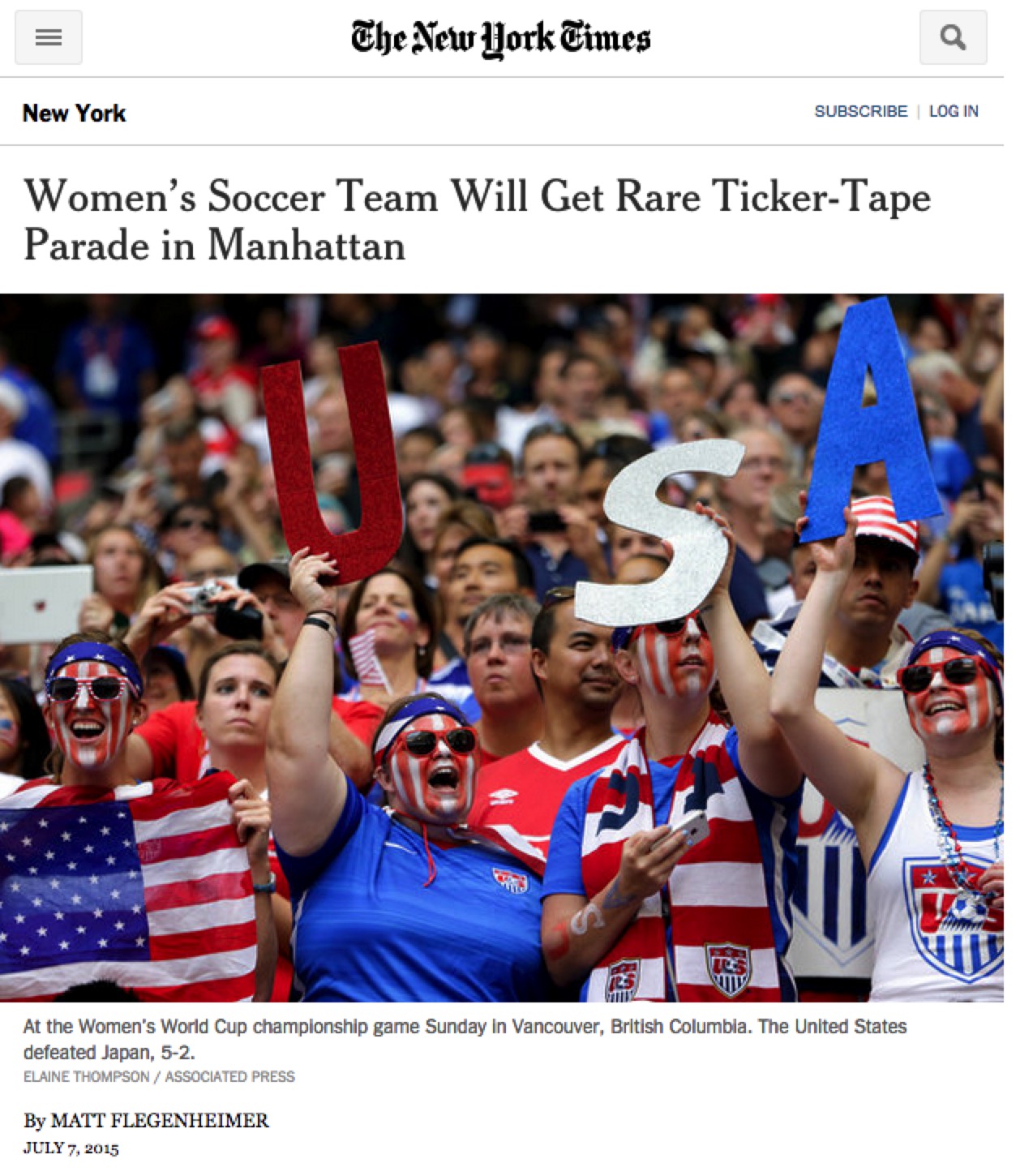 New York City will hold a ticker-tape parade on Friday for the United States women’s national soccer team, breaking with decades of precedent to bestow a rare honor upon a group that competes outside the metropolitan area.

Two days after the team’s World Cup triumph, the office of Mayor Bill de Blasio said on Tuesday that the players would be saluted along the Canyon of Heroes in Lower Manhattan at 11 a.m. Since Monday, lawmakers had noted that a parade would be a landmark city honor for a women’s team.

“The people have spoken,” the mayor’s wife, Chirlane McCray, wrote on Twitter, “and they want a ticker-tape parade.”