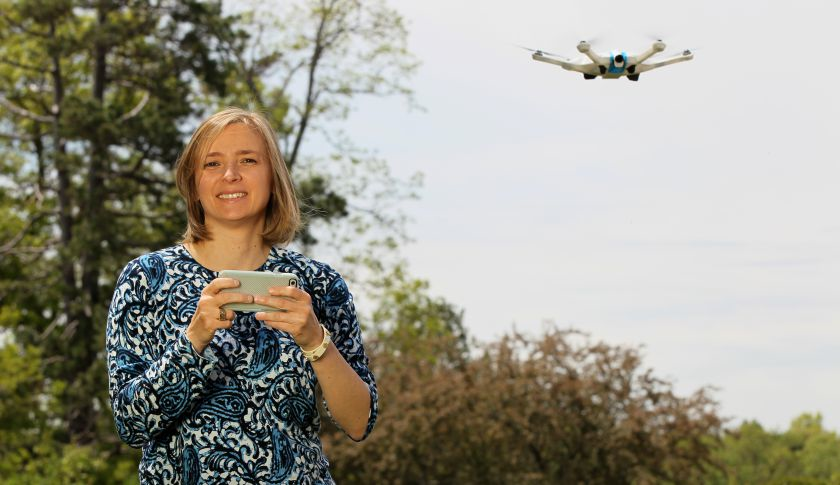 Fortune has a great piece on the women shaping the future of the drone business – featuring Helen Greiner from CyPhy Works.

The drone industry appears to be—ahem—taking off. GoPro has announced it will release a consumer drone in 2016. China-based DJI, the early industry leader, raised funding at an $8 billion valuation in May. And then there’s Amazon, which plans to eventually deliver customers’ packages via the unmanned machines.

A VisionGain research report valued the small drone market at $1.33 billion in 2014 and projects that it will grow to $10.2 billion by 2025. According to the Association for Unmanned Vehicle Systems International (AUVSI), the industry is expected create 100,000 jobs between 2015 and 2025. Drones are a growing presence in a wide range of fields, including public safety, energy, media, agriculture and security.

The drone business closely mirrors the tech world in many ways—including, unfortunately, the dearth of women. While no group tracks the gender breakdown of the industry, a glance at the executive teams of the top companies tells a pretty clear story: All six top execs at 3D Robotics and Vires Aeronautics are men, while Skycatch and PrecisionHawk each have one woman on their executive teams.

Still, the industry does have its female power players. Here’s a look at four women who are shaping the future of the drone industry—and clearing a path for more.